The All Blacks lock Sam Whitelock says they're aware that Argentina will be an even greater foe when they meet in the Rugby Championship in Buenos Aires next weekend. 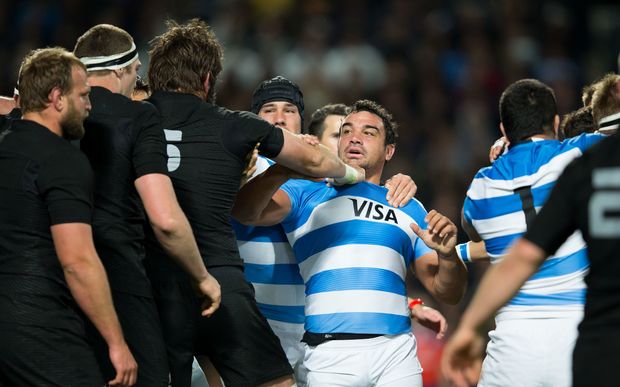 The All Blacks have already wrapped up the title after winning their first four games, including a 57-22 win over the Pumas in Hamilton.

The All Blacks fly out for Argentina tonight before heading to South Africa for their last game.

They were held by the Pumas in the first 50 minutes of that game in hamilton and Whitelock says they expect it to be even tougher on their home ground.

"It's a massive challenge playing in their home town, they'll be sitting there waiting for us and they're always always tough to play there. They've been playing really well through out the Championship and had some good performances and no doubt will be looking to do it again."

The All Blacks are going to Argentina without loose forwards Jerome Kaino and Sam Cane and first five Aaron Cruden who are all recovering from injuries.

Matt Todd and Damien McKenzie are travelling as injury replacements for Cane and Cruden while George Moala and Waisake Naholo return from injury.

New Zealand has 20 points in the Rugby Championship from four wins, Australia nine points from two wins, South Africa six from one win and Argentina five from one win.

South Africa host Australia in the other game next weekend in Pretoria.