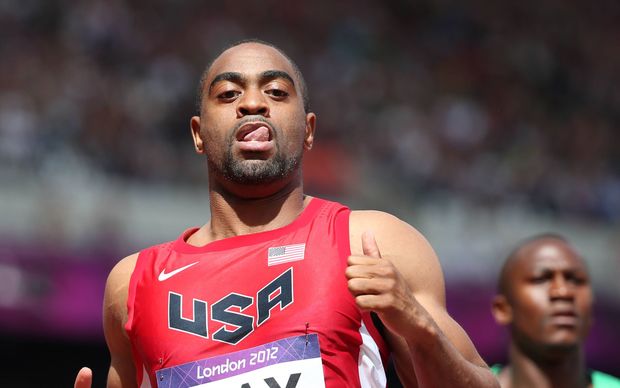 Gay tested positive for steroids at the US Athletics Championships in 2013 and served a one-year ban, with his results back to July 2012 annulled.

He and his American team-mates were stripped of the 4x100m relay silver medal they won at London 2012.

Ryan Bailey, who was in the relay squad and therefore lost his medal, is also set to compete in the championships.

Referring to having his medal taken away, Bailey said last month that he was "still not over it".

The competition starts tomorrow in Calgary, Alberta and is the first step towards a potential spot on this season's national team, with 56 competitors entered for solo and combination events.

34 year old Gay, who has competed at the last three Olympics, is the joint second fastest 100m sprinter in history.

At the Rio Games Gay was part of the US team that finished third in the 4x100m relay only to be disqualified for an illegal baton exchange.

Legendary 400m hurdler Edwin Moses and Lauryn Williams, the first American woman to win a medal at both the summer and winter Games, are other athletes to have previously tried the sport.