The New Zealand cricket coach Mike Hesson says he wouldn't be surprised if spinners open with the new ball in the first test against India starting in Kanpur tomorrow. 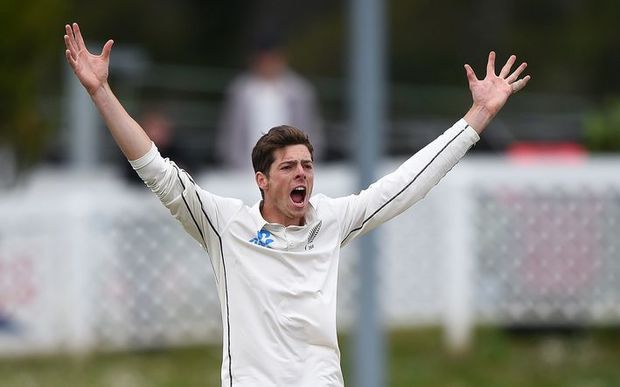 New Zealand last won a Test in India in 1988 and against a side that'll make the most of their local conditions, may struggle to change that record.

India say they're likely to go into the match with 3 spinners and the Black Caps could well do the same.

Hesson wasn't surprised by what he saw. "Unless some grass grows over the next two days, there will be plenty of assistance for the spinners," he said. "I think the pitch will deteriorate, as it should. Spin will play a massive part, as will reverse swing. So there are no surprises here."

"It would be no surprise if one or two spinners open with the new ball at some stage in this series."

Hesson says they watched the Test matches against South Africa. "We saw the conditions in that series, and they were challenging. There is no doubt about that. If you prepare, over-train in terms of preparing for those conditions and then you get something slightly better, then that's great. You have got to prepare for the harshest conditions and see how it goes from there.

"I think you can jump at shadows at times [if you prepare for the worst]. I think you need to adapt to what you are confronted with. We have got an idea how we think how the surface might play, but it might be quite different. We are capable of adapting."

"We have won two Test matches in our history here," Hesson said. "So we know it is a tough place to come and win, as it is for any touring side. And India are playing good cricket at the moment, but we have got a group of cricketers who will be highly competitive. That's our challenge - to be highly competitive and stay in the game for long periods of time. Then, anything can happen."