The Indian pace bowler Ishant Sharma will miss the first against New Zealand starting in Kanpur tomorrow because of illness. 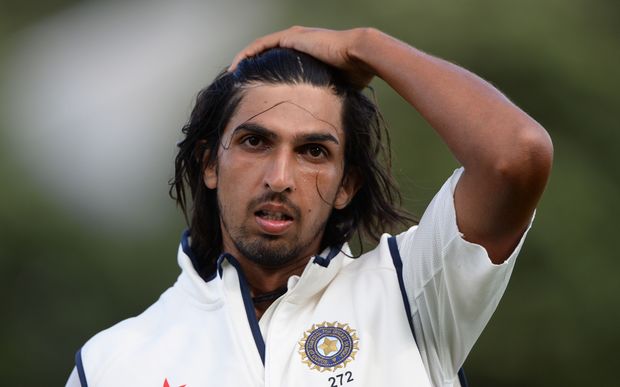 Sharma is recovering from the mosquito-borne viral infection.

Indian coach Anil Kumble hasn't yet ruled him out of the series.

"We will be closely monitoring his progress with the doctors, and then we will take a call about his fitness after this Test," Kumble said. "For this Test match the team management has decided we won't need a replacement."

Bhuvneshwar Kumar and Umesh Yadav are the frontrunners to make it to the eleven.

Mohammed Shami is the other quick in the side. The pitch is expected to offer some reverse swing.

India are expected to play five bowlers with three of them spinners.

Turn in Kanpur is usually slow, which could make India feel they need an extra bowler to take 20 wickets.

"It is a typical Kanpur pitch," Kumble said. "This is the start of the season, and we don't usually play here in September. But the wicket looks good. I will only say that the talk should be about the cricket on the pitch. We have also discussed the same. Whatever wicket we get we will adapt to that."

Kumble said: "We have not demanded any pitch. We will play on whatever surface is there. We go in with the thought that our spinners are better, and if you see their experience and quality they are very good.