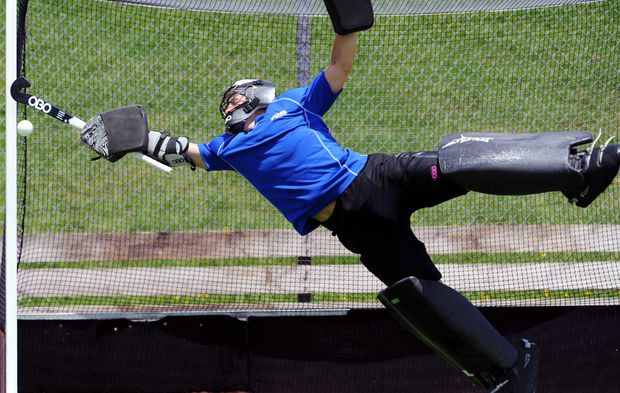 The 36-year-old Wellingtonian has decided it's time to switch focus to an ongoing work career along with dedicating more time to his young family.

Pontifex made his debut against Malaysia in 2001 and represented New Zealand in 176 tests during a period which spanned over 15 years.

"I think it's a pretty natural decision, I've been playing for a long time and it's about time I move on with life," he said.

Pontifex took a lengthy hiatus from the international scene following the London 2012 Olympics but made a comeback last year and enjoyed working under head coach Colin Batch.

While he missed selection for this year's Rio Olympic Games, Pontifex said he had absolutely no regrets.

"I certainly don't regret making a comeback last year and really enjoyed my time with a new crop of players. Hopefully my experience and what I offered in the squad environment played a part in helping the guys in Rio.

"Playing at the 2011 Champions Trophy at home in Auckland was the highlight of my career. To be part of an event of that calibre on home soil was amazing and one I'll never forget."

Over 15 years playing for New Zealand he saw the game of hockey change a great deal, especially on a positional level as a goalkeeper.

"The biggest change has been in the equipment, back in 2001 a lot of players were still using wooden sticks and carbon ones were only just being developed.

"The speed the ball travels now is incredible compared to back then and as a goalkeeper you need to be really onto it from penalty corners with players who have made an art of flicking at high speeds."

While this is the end of his international career, Pontifex still plans to play club hockey and remain in contention for his regional representative side the Capital Cobras.