South Korea's In Gee Chun won the Evian Championship and set a record for the lowest winning score in a major with her four-round total of 21 under par. 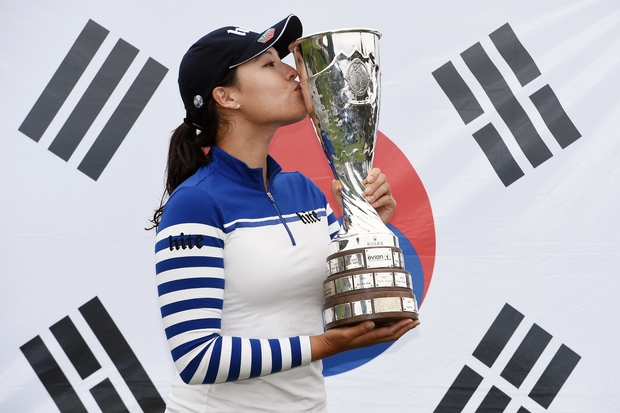 Chun, who won by four shots, broke the record of 20 previously held by Jason Day and Henrik Stenson while the women's record was 19 under.

The 22-year-old was in control from from day one and eventually beat compatriots Ryu So Yeon and Park Sung Hyun, who tied for second.

"I just can't believe I won the Evian Championship and made 21 under par," said Chun. "I'm not dreaming, right?".

Chun, who was making her first start after a month out injured, had one bogey on Sunday on the 14th hole only to move back to 21-under with a birdie on the following hole.

She is the second player, after compatriot Pak Se Ri, to win her first two LPGA titles at major championships.

Ko fired a final round two over par 73 to finish two over for the tournament, 23 shots behind Chun.

Despite today's finish, Ko did win the Rolex Annika Major Award, for her combined efforts over this year's five majors.