Sports Call - The Silver Ferns series against Jamaica hasn't been ideal preparation for when they meet powerhouse Australia but you quickly run out of options if you're ranked one or two in world netball.

The one-sided three-test series with Jamaica which wrapped up last night - and the poor performance of England in the recent Quad series - has highlighted a perennial problem in netball that does not seem to be going away.

The third- and fourth-ranked teams have failed to push the Silver Ferns. 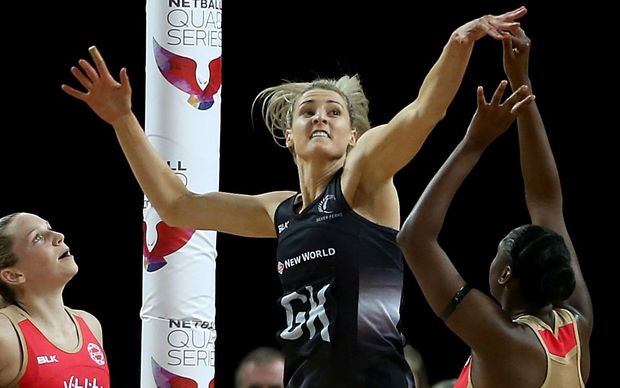 For so long now the game has been dominated by Australia and New Zealand who have contested the past five World Cup finals.

There had been recent signs that England, ranked third in the world, were on the verge of challenging that.

They had a three-test series clean sweep against Australia at home in 2013, a rare win over the Ferns in 2014 in New Zealand, and were desperately unlucky to reach the final of the Commonwealth Games the same year pipped by just one goal.

But their recent Quad series performances suggest they have gone backwards, despite a recent injection of cash and resources into the top playing group.

A 26-goal drubbing by the Silver Ferns, before a similarly hefty loss at the hands of Australia, would have concerned coach Tracey Neville.

England Netball set themselves the target of reaching the 2019 World Cup final and they were throwing everything they could at closing the gap on Australia and New Zealand.

National representatives went full-time from June this year as part of the mission to contest the final when Liverpool hosts the World Cup in three years.

But it seems they have a long way to go yet. 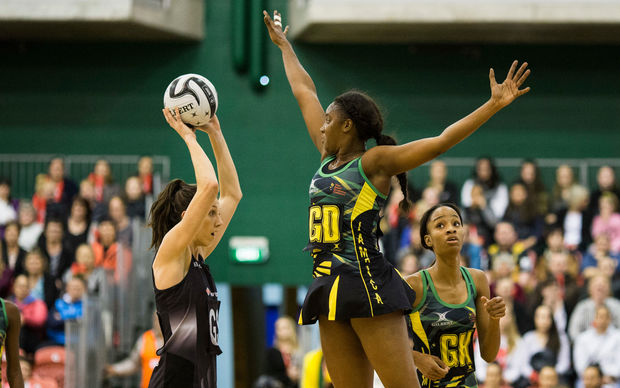 Bailey Mes takes a shot at goal during the Silver Ferns match against Jamaica in Palmerston North. Photo: Photosport

When Netball New Zealand drew up the three-test series against Jamaica they would not have known the Sunshine Girls would leave behind their two most dominant players, Romelda Aiken and Jhaniele Fowler-Reid.

It is the start of the World Cup cycle for all of these teams and the rationale for leaving the sharp shooters behind was to expose their less-experienced players to top-flight netball.

A 23-goal loss in game two was the closest Jamaica got to the Ferns.

It raises the question of how valuable these games have been for preparing the Ferns for the upcoming series that carries so much more meaning - the annual Constellation Cup against arch-rivals Australia.

They would probably get better competition playing New Zealand A or the national men's team, which they are likely to do at some point.

But these series still have value and allow a gentler introduction to international netball for the rookies in the side.

New Zealand does not get many opportunities to play Jamaica and this could well be the last time they meet before the Commonwealth Games in 2018.

The players need exposure to the unique style played by the Sunshine Girls, who are dangerous when running at full strength.

It also allows experimentation with combinations - a chance, for example, to see how the New Zealand mid-court copes without Laura Langman at centre.

When you have a comfortable lead over an opposition it also allows you to test your teammates and their limits. Caution can make way for a bit of trial and error - it's those moments that can teach you a lot. 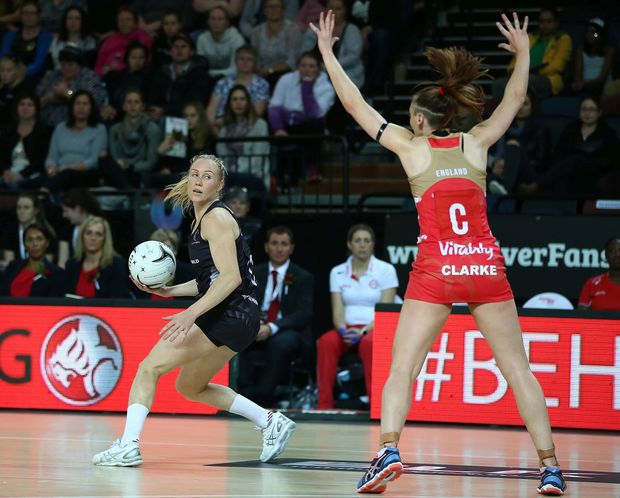 As for addressing the gap in world netball, with both New Zealand and Australia rolling out their new domestic competitions next year more English and Jamaican players than ever before are being signed up on both sides of the Tasman.

In a breakthrough for South Africa, shooter Lenize Potgieter has been recruited to the Waikato Bay of Plenty Magic thanks to her impressive display in the Quad Series.

The English and Jamaican trailblazers who played in the now-defunct ANZ competition have improved enormously as a result of being exposed to that style of play.

The problem is when they re-join their national teams they tend to have to carry their sides, but they cannot do it all alone.

Is it time for countries like Jamaica and England to actively encourage as many of their players as possible to get contracts in Australasia?

It might be the only way they can truly build players who can challenge New Zealand and Australia at pinnacle events.

With Netball Australia this week announcing a significant increase in player salaries for its new competition, it's not hard to picture the new league becoming the equivalent to baseball's Major League in America.

Major League Baseball (MLB) is the richest professional baseball league in the world and attracts the highest level of talent from North America, South America, Asia, and the Caribbean.

MLB places a strong emphasis on expanding its international influence and around a quarter of its current players were born outside the United States.

New Zealand star Laura Langman is poised to sign up with the new Australian competition, making herself ineligible to play for the Ferns next year.

Whether netballers here should be free to play across the Tasman is a question that netball officials here might find themselves grappling with in the not-too-distant future.