New Zealand's under 20 men's football team are the champions of Oceania for the sixth time after beating Vanuatu 5-0 in today's final.. 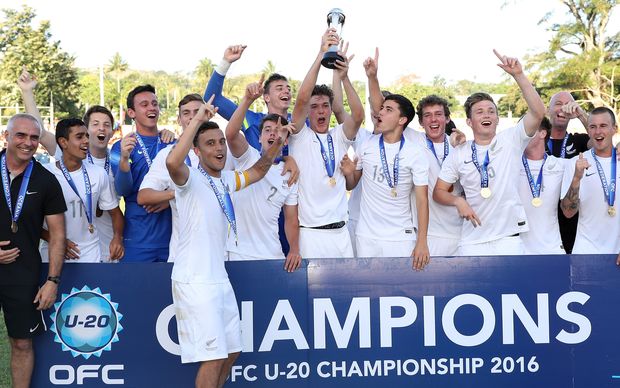 New Zealand celebrate with the trophy. Photo: OFC via Phototek

Hunter Ashworth tapped in from close range in the 13th minute to score the opening goal, which was followed by a goal to Moses Dyer 20 minutes later, who collected a rebound off the post.

A stalemate developed which was broken in the 70th minute when frustration and possibly the heat in Port Vila caused Vanuatu's Frederick Massing to lash out Moses Bevan, with the former shown a red card.

With a one man advantage, New Zealand slotted their third goal six minutes later when Bevan calmly passed the ball into the back of the net past the outstrected keeper.

Substitute Lucas Imrie netted the fourth goal for New Zealand in the 88th minute, before scored his second, New Zealand's fifth, on the stroke of full time. 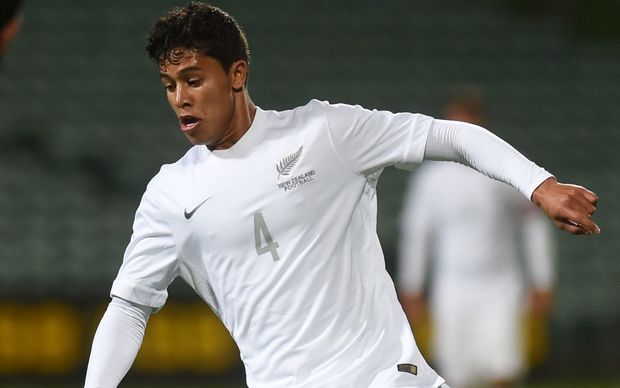 The victory was New Zealand's fifth in a row at the tournament in Vanuatu, following wins in pool play over Solomon Islands, Tahiti and the Cook Islands, and their semi-final defeat of New Caledonia.

New Zealand coach Darren Bazeley said he was pleased with the win, but it was the performance from his side which impressed him most.

"We've worked very hard to get here and the boys have been brilliant throughout this tournament, and to put on a performance like that in the final was awesome. It's been an awesome day for us," said Bazely.

"I'm very proud, they're a great set of lads and we prepared hard for this, and for every single game we played looking at the strengths and weaknesses and how to deal with our opponents. Today it all came together and it was probably the best performance of the tournament.

"It was very professional, not flash, just did our jobs and were very solid as a team, as a unit," he said. 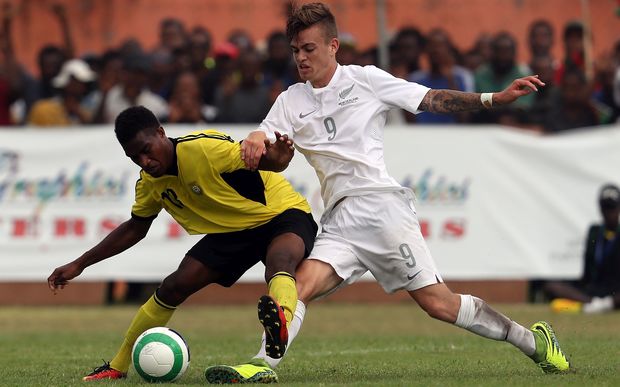 Action from the final. Photo: Photosport

Vanuatu technical advisor Declan Edge said it was a disappointing end to what had been a fantastic tournament for his side.

"For some reason today that sort of disappeared for a little bit, we were unstructured and undisciplined and we paid the price for that."

New Zealand also cleaned up in the individual awards with Myer Bevan taking home both the Golden Boot and the Golden Ball trophies, while goalkeeper Michael Woud was awarded Golden Gloves.

Both New Zealand and Vanuatu will represent Oceania at the Under 20 World Cup next year in Korea.