Springboks coach Allister Coetzee says his team will need to be at their best tonight in Christchurch to have a chance of beating the All Blacks. 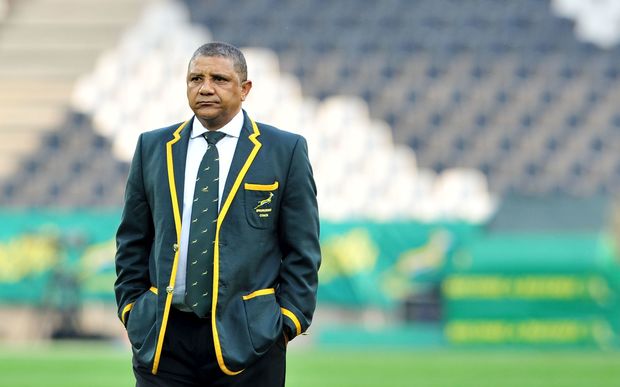 Springboks coach Allister Coetzee says it's always a big battle when they clash with the All Blacks, and tonight will be no different. Photo: Photosport

South Africa are second in the Rugby Championship standings, and narrowly lost their last two games against Australia and Argentina.

But the Springboks have struggled under new coach Coetzee, losing to Ireland in June, and they needed a 17-point burst in the final 10 minutes to overcome Argentina 30-23 in their opening match of the southern hemisphere competition.

They have since lost 26-24 to the Pumas in Salta and then were poor in losing 23-17 to an equally out of sorts Wallabies side last week in Brisbane.

Springbok captain Adriaan Strauss had no excuses for his side's poor run of form this season.

"There is definitely progress [but] there's still a lot of hard work that lies ahead," Strauss said.

"The criticism and questions from outside are fair and part of the game, but we know where we are heading."

The Springboks last won in New Zealand in 2009 and Coetzee was challenging his side to rise to the occasion.

"A team like New Zealand and the confidence that they have at the moment, one has got to cut out soft moments in the game,

"And we've come close on numerous occasions in New Zealand where we lost it by just falling short going over the line, not scoring the try, missing a lineout - in just a soft moment, and it shows the quality of the All Blacks."

Coetzee said he felt the rugby world would still take notice on Saturday, given the long history between the traditional rivals.

"Whenever South Africa have played New Zealand in the past, its always been a big battle. The world stops and looks at a match like this," he said.

"We are looking forward to it because tradition and history tell you that it is going to be a physical battle and skill sets will be tested.

"We playing against the world's number one team and it's going to be a great test of where we are as a team and how much progress we have made up until now."

The Springboks now face an All Blacks side who have taken their game to a new level since winning last year's World Cup, hammering the Wallabies twice and then running away from a belligerent Pumas side in the final 30 minutes last week. 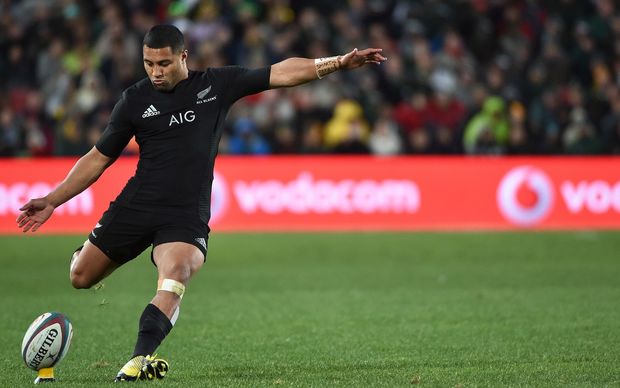 Lima Sopaga is a chance of playing tonight after being elevated to reserves. Photo: Photosport

Fans in Christchurch were advised to wrap up warm for tonight's Test, the most important played in Christchurch since the 2010 and 2011 earthquakes, and extra seating was brought in to cater to an expected record crowd of 21,000 people.

MetService was not forecasting rain but the temperature could be down to 9 degrees by kick-off at 7.30pm.

The All Blacks have made two changes from last week with Matt Todd coming into the reserves to cover Ardie Savea who will start in the number 7 jersey.

Lima Sopoaga has also been elevated to the reserves in place of the injured Aaron Cruden.

The Springboks were presented with their jerseys on Friday by 2007 World Cup winning captain John Smit, with the symbolism poignant.

Smit was the captain of the last Springboks side to beat the All Blacks in New Zealand - a 32-29 victory in Hamilton on 12 September 2009.

Since that loss the All Blacks have not been beaten in New Zealand, a streak of 43 matches, and are on a 14-match unbeaten run since last year.

The All Blacks haven't lost a test match at Christchurch since 1998, and haven't lost to South Africa in the city since 1965.

Bookmakers had the All Blacks as overwhelming favourites with the TAB paying $9 for a South African win and just $1.04 for the All Blacks.