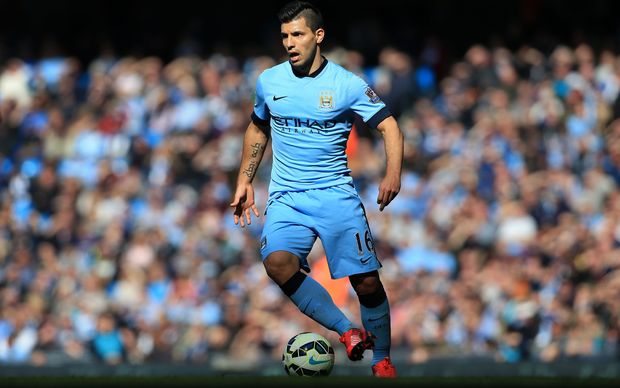 City immediately took control of the game, which was postponed yesterday due to heavy rain, and Aguero gave them the lead in the eighth minute.

The Argentina striker doubled the home side's lead in the 28th minute and completed his hat-trick in the 77th minute, while Kelechi Iheanacho made it 4-0 in stoppage time.

The goals took Aguero's Champions League tally to 45, overtaking Paul Scholes and Luis Figo, and he has now scored nine times in five games for City this season.

City next face Celtic in Glasgow while Moenchengladbach host Barcelona, who dismantled the Scottish side 7-0 yesterday.

The win was Leicester's first in any European competition for 55 years.

Goals from Bernardo Silva and Thomas Lemar stunned the vast majority of the 85,011 fans at the national stadium -- Tottenham's adopted home for this season's Champions League -- before the hosts responded with a Toby Alderweireld goal.

Late strikes from Cristiano Ronaldo and Alvaro Morata gave Real Madrid a last-gasp 2-1 win over Sporting Lisbon as the European champions came from behind to win the first game of their Champions League defence.

Ronaldo denied his Portuguese boyhood club a famous win by scoring an equaliser from a free-kick in the 89th minute just when it seemed Madrid could, sensationally, lose their opening game in Group F.