New Zealand have topped their pool at the Oceania under 20 men's football championship following today's 0-0 draw with Soloman Islands in Vanuatu. 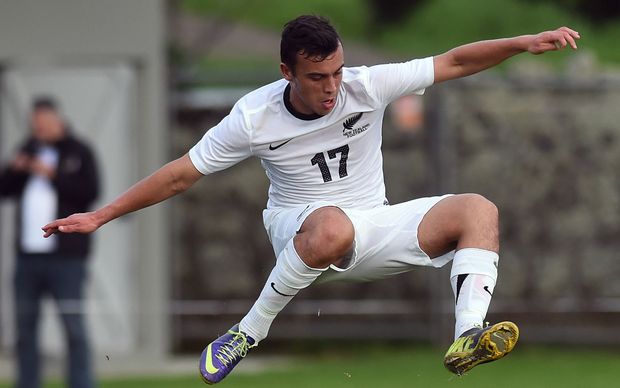 The Darren Bazeley-coached New Zealand, who had already qualified for the semi-finals after their 4-1 win over Tahiti and 3-0 win against the Cook Islands, showed plenty of attacking flair but could not deliver the final touch to beat Solomon's goalkeeper Desmond Tutu who was one of the standout players in the match.

Bazeley, who made a few changes to the starting line up with All Whites Moses Dyer and Clayton Lewis on the bench, expected the Solomon Islands to be tough to break down and unpredictable on the counter attack and they proved exactly that as they gave as good as they got in the 90 minutes.

Striker Myer Bevan, the hat-trick hero from the opening win against the Cook Islands, was a constant threat on goal throughout but could not create a clear goal scoring chance to defeat Tutu.

It was not all one traffic though as the Solomon Islands had a number of opportunities themselves to break the deadlock.

In the 23rd minute Israel Tatai tried to side foot over the top of keeper Woud, but his shot carried inches over the cross bar.

New Zealand finished on top of Group B with seven points and a goal difference of six.

The winner of the tournament qualifies for the FIFA U-20 World Cup in South Korea next year.