The New Zealand Paralympic team has a target for the Rio Games, but it's more to do with the colour of the medals they'll hopefully win.

Chef de Mission Ben Lucas said their aim in Rio wasn't an increase in the number of medals, but rather they were chasing more gold. 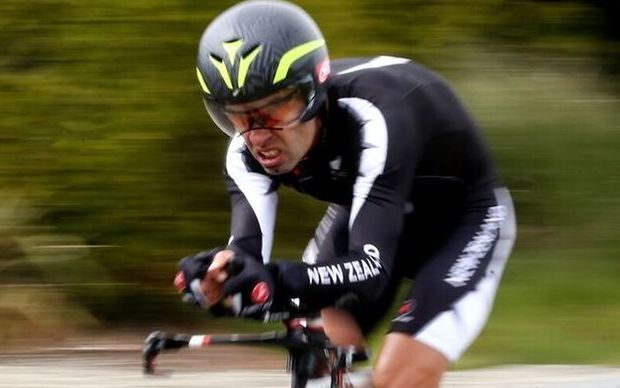 Cyclist Fraser Sharp has been added to the New Zealand team for the Rio Paralympics. Photo: Dianne Manson

Lucas said there were high expectations for the 31-strong New Zealand team that would compete across six sports.

In London, four years ago, the country's 24-strong team won 17 medals with six of those gold.

Lucas said there was more depth in the team now.

"In partnership with High Performance Sport New Zealand, which is our major funding partner, we've got a target of 18 medals with 12 of them gold. That's one more than we won in London and all our tracking has indicated that we are on track to meet those targets."

Two of the swimming stars in London are again expected to lead the way.

Four years ago, Mary Fisher won four medals including a gold, while Sophie Pascoe won three gold and three silver medals. They are both competing again, joined by 17-year-old Nikita Howarth, who is expected to keep the New Zealand flag flying at the pool; she goes into the Games with two world titles and a world record under her belt.

In the athletics, javelin thrower Holly Robinson is a leading gold medal contender. She finished seventh in London and since then has won silver and bronze medals at the IPC world athletic championships.

"We have a lot more depth in our sports now, and are very strong across all of our sports, just to make it to the Paralympic Games now an athlete has to be very good," Lucas said.

New Zealand has a strong para-cyling team with world champion Emma Foy and Laura Thompson in the tandem and Kate Horan, who has made the transition from athletics and broke a world record in the Flying 200.

Shooter Michael Johnson has been at the top of his event for many years.

Martlew missed qualifying by less than a second at the Para-Canoe World Championships but the Russian suspension has moved him into the qualification criteria.

This is the first time para-canoe has been included in the Paralympics competition schedule.