Rory McIlroy ended a 16-month title drought on the PGA golf Tour with a last-day charge as he won the Deutsche Bank Championship by two shots in Massachusetts. 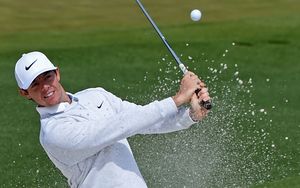 A distant six strokes behind overnight leader Paul Casey heading into the final round at the TPC Boston, McIlroy fired a six-under-par 65 in blustery conditions to post a 15-under total of 269.

The Northern Irish world number five ended his round in style, hitting an bunker shot to within two feet at the par-five 18th for a tap-in four, his seventh birdie of the day, as he clinched his 12th PGA Tour victory.

Englishman Casey, hunting his second career win on the US circuit, led by three strokes after 54 holes but had to settle for second place after closing with a two-over 73.