New Zealand's top eventers have highlighted the strength of their cross country skills, with six in the top 11 after a challenging day at the Burghley Horse Trials in the UK. 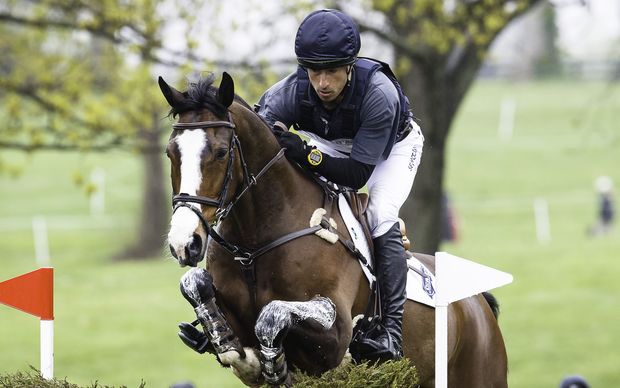 New Zealand's top eventers have highlighted the strength of their cross country skills, with six in the top 11 after a challenging day at the Burghley Horse Trials in the UK.

Tim Price and Ringwood Sky Boy moved up from seventh to second, to sit 11.5 penalty points behind Chris Burton of Australia.

Andrew Nicholson aboard Nereo is third on 47.2, Jonelle Price and Classic Moet fourth on 50.1, Sir Mark Todd on NZB Campino sixth on 59, Caroline Powell on Onwards and Upwards seventh on 59.4 and Blyth Tait aboard Bear Necessity V 11th on 64.

Dan Jocelyn pulled himself up from 25th going into the cross country to 18th aboard Dassett Cool Touch, to sit on 75.4, while Tim Price and Bango are in 27th on 98.7.

However, there were 28 clear rounds out of the 40 finishers.

No one came home inside the time, but perhaps unsurprisingly, the fastest of the day was Jonelle Price who was clear and added just 1.6 time penalties to her dressage score to move from 22nd to fourth after going just four seconds over time.

Leader Burton was the next fastest with his 3.2 time faults.

Burghley is the last leg of the FEI Classics Series and Tim Price has done himself all sorts of favours with that effort, as well bolstering the confidence of both himself and the horse after a less than ideal run at the Rio Olympics.

"You have to have a bit of luck in this game and it is nice when things go your way," he said. "Given the conditions and the stage of the day, I am really pleased. He is not a mud plugger but has learnt to be one. He is now experienced at this level.

We know each other inside and out and we were able to take full advantage of that today.

"It was a tough course but he has so much scope I didn't need to pressure him anywhere."

It helped too that Burghley, one of his favourite events, is always so perfectly presented.

"The unfortunate fall we had a couple of weeks ago in Brazil was in footing you just aren't used to. Burghley is so well prepared and the going is perfect everywhere. You can trust the footing so I knew we had a really good platform to do a good job."

The horse continues to do better and better as he too has learnt to believe in himself.

"He never feels like he likes it here," said Nicholson. "He is a big striding horse and is a power machine . . . it feels as though the up and down is hard for him. He has been second here twice and I keep saying I won't bring him back."

Powell was "thrilled to bits" with the efforts of Onwards and Upwards.

The horses all face a second inspection before continuing to the final phase, the showjumping overnight.