Argentina suffered a blow to their 2018 football World Cup qualifying plans when Manchester City striker Sergio Aguero withdrew from their squad to face Uruguay and Venezuela. 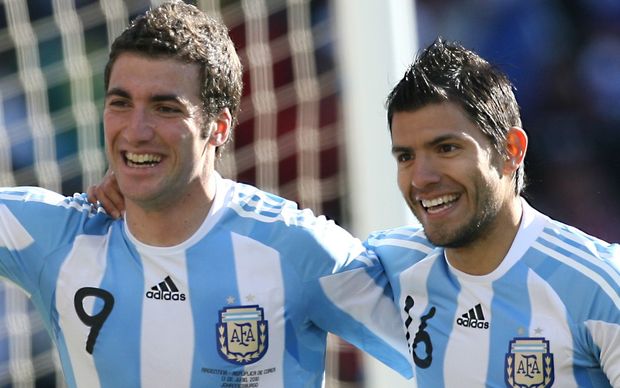 Aguero and Paris St Germain midfielder Javier Pastore have pulled out of this week's home game with Uruguay and the visit to Venezuela next week, coach Edgardo Bauza's first matches in charge, the Argentine FA said.

"Sergio Aguero has a left calf muscle injury and Javier Pastore has pulled the soleus in his right calf. For this reason they won't be present for this qualifying double header with the Argentina team," the FA said on their website.

Argentina, World Cup runners-up in 2014, are third in the 10-nation South American qualifying group with 11 points from six matches, two points behind leading pair Uruguay and Ecuador. Venezuela are bottom.

The top four teams after 18 matches go through to the Russia finals while the fifth-placed team go into an intercontinental playoff for one more berth.

Aguero, who has been in fine form with three goals in City's first three Premier League matches, came off with a pain in his calf two minutes from the end of Sunday's 3-1 win over West Ham United.

The striker could be in trouble with the English FA after television replays appeared to show him elbowing West Ham's Winston Reid in the throat in an incident missed by the referee at City.

Aguero risks a suspension that would put him out of the Manchester derby against United after the international break.

The AFA did not say if Bauza, whose squad are now down to 25 players, would call up replacements.

Aguero was set to lead the Argentina attack in the absence from the squad of Gonzalo Higuain.

His withdrawal opens the door for Higuain's Juventus team mate Paulo Dybala or a first cap for Lucas Pratto of Brazil's Atletico Mineiro or Lucas Alario.

Alario, who has caught the eye of top European clubs, helped River Plate to retain the South American Cupwinners' Cup in midweek then scored in the 4-1 victory over Banfield in their opening match of the Argentine league season on Sunday.

Lionel Messi has also been training with Argentina after reversing his retirement decision, which was made at the start of August.