The All Black first-five Beauden Barrett has re-signed with the Hurricanes and New Zealand Rugby through until the end of the 2019 season. 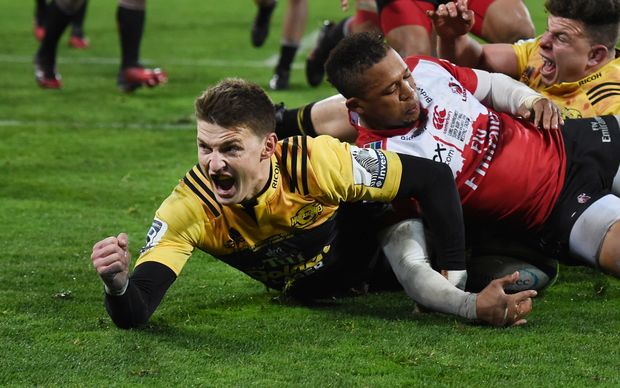 Hurricanes player Beauden Barrett celebrates scoring a try during the Super Rugby Final between the Hurricanes and Lions. Photo: PhotoSport

The 25-year-old was pivotal in winning the Hurricanes first Super Rugby title this season, as well as the three-Test series triumph against Wales and the recent Bledisloe Cup win over Australia.

Both All Blacks coach Steve Hansen and Hurricanes coach Chris Boyd have lauded Barrett's decision, both describing him as one of the best players in the world right now.

"I love playing for the All Blacks and representing my country in the black jersey and I'm loving my footy at the moment. The All Blacks are an incredibly special team to be part of and I'm looking forward to playing my role and adding my small part to the legacy over the next few years," Barrett said.

Great news that @beaudenbarrett has re-signed with the club for another three years #canesproud pic.twitter.com/0QHaVsMdhW

The signing means Barrett will be available for both next year's British and Irish Lions Tour and the Rugby World Cup in Japan in 2019.