Argentina have beaten South Africa 26-24 in their Rugby Championship Test at home in Salta. 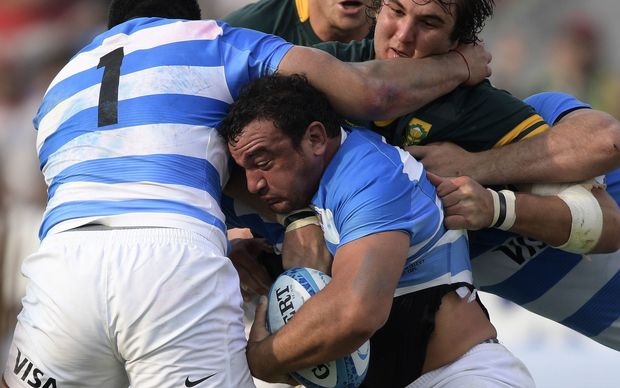 It's just their second win over the South Africans in 24 meetings, and the second in as many seasons.

Springboks can't hold on in Salta, lose 26-24 against @unionargentina Well done to Pumas in winning this one. pic.twitter.com/SrwJR5nYhy

The Springboks came from behind to beat them last weekend and were within minutes of doing it again, after clawing their way back to lead 24-23.

But a very late penalty sealed the victory for the Argentineans.

On Saturday night the All Blacks beat the Wallabies 29-9 in Wellington, to retain the Bledisloe Cup.