Russia will appeal in the Swiss Federal Court against the Court of Arbitration for Sport's decision to uphold a blanket ban on their athletes from competing in next month's Rio Paralympics. 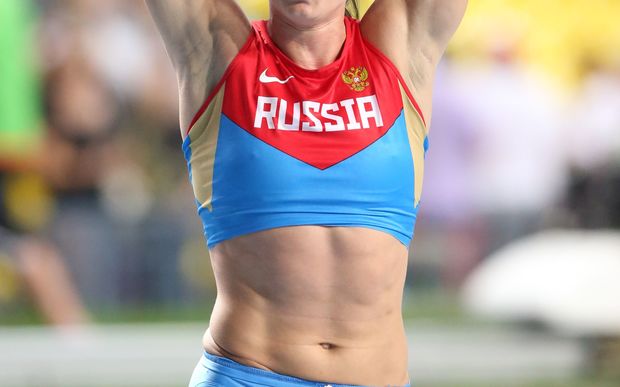 "The appeal has been launched in the Swiss court," the Interfax news agency quoted Russian Paralympic Committee president Vladimir Lukin as saying on Friday.

Earlier this week the Lausanne-based CAS, sport's highest tribunal, rejected an RPC appeal against the suspension that was handed out by the International Paralympic Committee because of a state-sponsored sports doping programme.

The Federal Court can only overturn the CAS ruling on the basis of a procedural mistake and not on the merits of the case.

The decision to exclude Russia's team means at least 260 competitors from the country are now set to miss the Sept. 7-18 Paralympics.

The IPC went further than the International Olympic Committee (IOC), which stopped short of a blanket ban on Russia at the Rio Olympics that ended on Sunday and left the decision instead in the hands of international sports federations.

On Thursday, Russian President Vladimir Putin called the Paralympic ban cynical and immoral but also said Moscow acknowledged mistakes it had made in tackling sports doping.

The country's track and field team were also excluded from the Olympics due to the sports doping programme.

Putin said the decision to bar Russian athletes, including those who had not tested positive for any banned substances, was a vivid manifestation "of how the humanistic foundations of sport and Olympism are shamelessly flouted by politics".

"The decision to disqualify our Paralympic team is outside the law, outside morality and outside humanity," he added.

"It is simply cynical to vent one's anger on those for whom sport has become the meaning of their life ... I even feel pity for those taking such decisions because they must well understand that it is so demeaning for them."

The whole dispute centres on a World Anti-Doping Agency (WADA) report that found the Russian government and the FSB security service had, over years, covered up hundreds of doping cases across the majority of Olympic sports and Paralympic events.

Although not widely followed or celebrated in Russia, where rights campaigners say many disabled people are marginalised by regressive social attitudes and inadequate state support, the country's para-athletes are some of the best in the world.

Their team topped the medal table at the 2014 Winter Paralympics in the Russian city of Sochi after taking second place behind China at London 2012.