An investigation has been launched by the Trinidad and Tobago Cricket Board after only 22 overs could be played in the fourth and final test between West Indies and India. 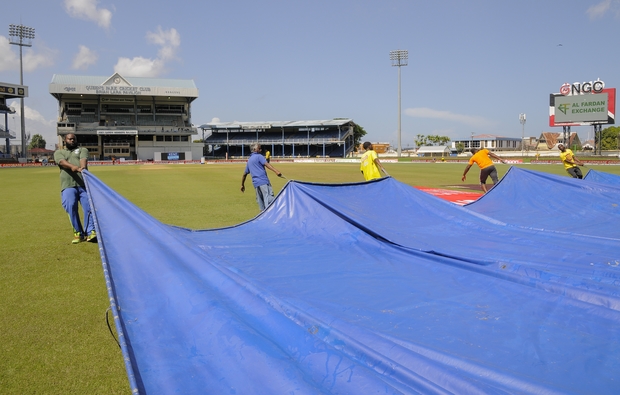 Rain halted play on the first day of the test at the Queen's Park Oval in Trinidad after West Indies had reached 62 for 2.

A soggy outfield meant the teams couldn't take to the field at all during the final four days of the test, despite periods of sunshine.

India won the series 2-0 but the weather-forced draw meant they surrendered top spot in the International Cricket Council (ICC) rankings to Pakistan, less than a week after taking over the number one position from Australia.

President of the Trinidad and Tobago Cricket Board Azim Bassarath said in a statement they regret that limited play was possible in the final test match.

"We have jointly launched an investigation to determine what occurred with a view to remedying the situation so that this does not occur in the future," Bassarath said.

"Once this has been done, it will be presented to the WICB (West Indies Cricket Board)."

The abandonment and lack of modern equipment at the ground have been panned by critics and former cricketers as the test format struggles to attract spectators in the Caribbean.

Former West Indies captain Viv Richards was among those critical of the organisers.

"Folks here have some questions to answer," he said on television commentary.

"Not having a Super Sopper (mechanical mop) is unacceptable."

The ground might also face action from the governing ICC if Sri Lankan match referee Ranjan Madugalle submits an adverse report against the venue.