The Warriors have been boosted by the return of centre Solomone Kata from injury for Sunday's must win National Rugby League clash with the Wests Tigers in Auckland. 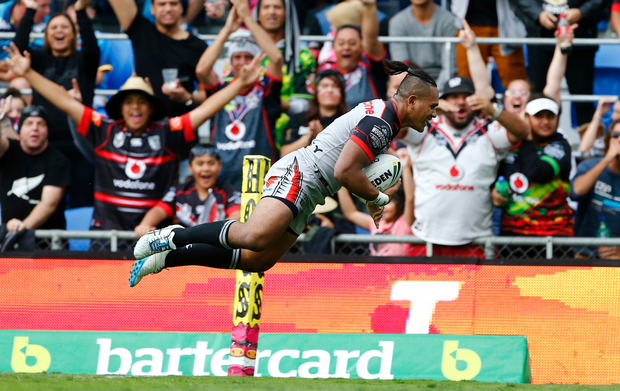 Kata, the club's top try-scorer with 14, missed the 34-6 defeat to North Queensland on Saturday night with a hamstring injury.

Utility back Tuimoala Lolohea returns from reserve grade to start on the wing, after Ken Maumalo injured his hamstring in the Cowboys clash.

Warriors assistant coach Andrew Webster says having Kata available for this weekend's home match will be a big bonus.

"He's been outstanding all season so it's great having him back to face the Tigers," he said.

"It's disappointing losing Ken because he's been doing a great job for us but we all know what Tui can do when he's on his game."

The rest of the line-up is unchanged from the one used in Townsville.

The loss to North Queensland was the second big defeat in a row for the Warriors, after they were upset 41-22 by South Sydney.

The Warriors must win their last two matches and hope other results go their way to reach the playoffs.