Sports Call - There's an element of sadness as the curtain comes down on the 31st Olympiad in Rio de Janeiro - but not because the Games are over.

Quite the contrary really, because I have come to the realisation that Rio should never have hosted them in the first place. 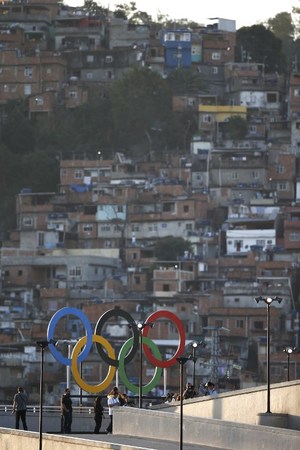 Olympic rings overlook a favela outside the Maracana stadium in Rio. Photo: AFP

The worst recession since the 1930's, which arrived after Rio was awarded the Games in 2007, certainly played its part - but the inability of federal, state and city governments to work together has had a major impact.

The final bill to host these Games is estimated top $8 billion, although Andrew Zimbalist, a sports economist who has studied the Olympics extensively, told the Huffington Post the true cost may be closer to $25b.

The International Olympic Committee would argue the infrastructure put in place for the Games, such as new roads and transport systems, will leave a legacy for Rio.

To a degree that is true. But the real legacy will be debt.

Rio has a population of 6.2 million with 20 percent, or 1.2m, living in poverty in favela.

And poverty is ever present. It's not hidden away but there for you to see every day.

We have been staying in the suburb of Gloria close to the sailing venue.

It's certainly not an affluent area. Walking home at night, every 20m or so there is someone sleeping rough on the streets.

People aimlessly pushing shopping carts containing their sole possessions are common place. They set out a blanket on the ground and try to sell things they have recycled from rubbish bins or 'acquired' along the way.

At the end of the day they gather up their meagre belongings, put them back in the shopping cart and crawl under their blanket for the night.

The benefits these people will receive from the Games is negligible. 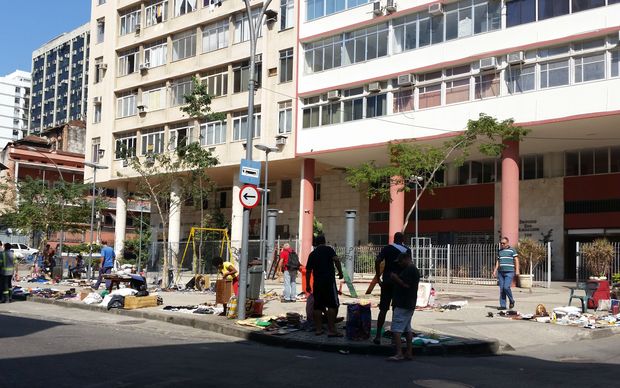 The benefits of that many Rio residents will receive from the Games is negligible, Stephen Hewson says. Photo: RNZ / Stephen Hewson

In Brazil the richest 1 percent, less than 2m people, control 13 percent of all household income.

This percentage is similar to that of the poorest 50 percent - about 80 million Brazilians.

It's easy to understand why, at best, the locals have been ambivalent to the Olympics, knowing what the billions spent on the games could have done to improve their lives if it had gone towards housing, education, health care or other much needed infrastructure.

The locals speak freely of the Olympics not being good for Rio.

One taxi driver complained to me that there hadn't been a new road built for 35 years, but construction suddenly began for the Olympics.

He wasn't saying that was a good thing, but rather questioned why should it take the Olympics to come to town for such construction to happen.

Another observed: "the Olympics are a beautiful thing, but our city, we can't afford it ... (we had no say) if they asked the Rio population if we wanted the Games, we'd probably say 'no'."

"It's caused many problems for the city and we are in debt ... I don't know what is going to be left for the people after the Games." 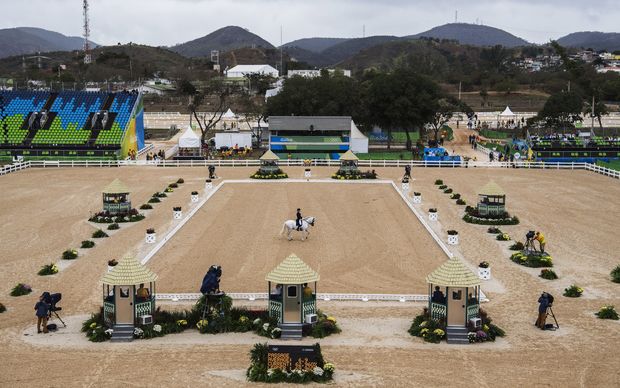 The equestrian venue will be removed after the games. Photo: AFP

Many venues will now be dismantled. At Deodoro, where the equestrian, hockey and rugby sevens was held, all three venues will come down as they are on a military base.

The swimming pool is only temporary too.

Speaking to the Los Angeles Times, Rio Mayor Eduardo Paes remained stoic in the face of the criticism.

"I'm getting all the flak for the problems of the Olympics, I'm the one who did practically everything,"

Crime, economic woes, Zika, sewage flowing into the sailing venue at Guanabarra Bay - the Games, Paes said, were never meant to be a cure for Rio's problems.

Um mondo novo - 'A new world' - was the Olympic motto for Rio, but for the Cariocas (the people of Rio) there seems little new about it.