The All Blacks have crushed the Wallabies 42-8 in Sydney in a commanding performance to open the 2016 Rugby Championship. 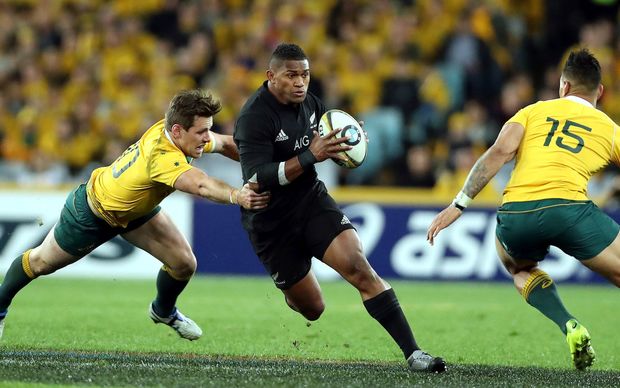 Australia's Bledisloe Cup hopes lie in tatters after the crushing 42-8 loss, in which the rampant world champions piled on six tries to one in an attacking masterclass.

It is New Zealand's biggest win over the Wallabies on Australian soil in 113 years.

The shellshocked Wallabies were dominated in every facet, with the scrum and lineout malfunctioning, the breakdown ravaged and bodies broken in a disastrous start to the tournament.

The Test was all over by halftime, with the Wallabies trailing 32-3 and barely able to field a backline following worrying injuries to Matt Giteau, Matt Toomua and Rob Horne. 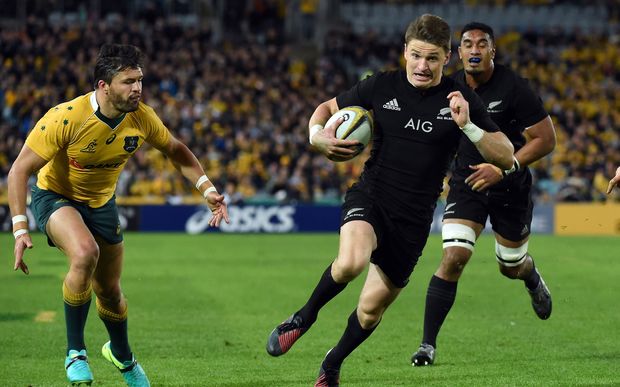 Codie Taylor and Waisake Naholo both went off early with injuries of their own.

Without a victory in New Zealand in 15 years, the Wallabies must win twice in two months across the Tasman to miraculously wrestle back the trophy.

New Zealand's record-breaking victory came 12 hours after it emerged that a listening device had been planted at the All Blacks' hotel in Sydney, with police investigating.

In the other Rugby Championship match, South Africa defeated Argentina 30-23 in Nelspruit this morning after a late fightback from the Springboks.

The hosts were trailing the Pumas by 10 points with 10 minutes to go, but they went on to score two tries - the second coming just two minutes before the final whistle - to secure the win.

South Africa scored three ties to two for Argentina, who will consider themselves desperately unlucky not to win in South Africa for a second successive year.