Rio 2016 Olympics - A hole in one for New Zealand golfer Lydia Ko has helped propel her into medal contention in the women's golf tournament in Rio. 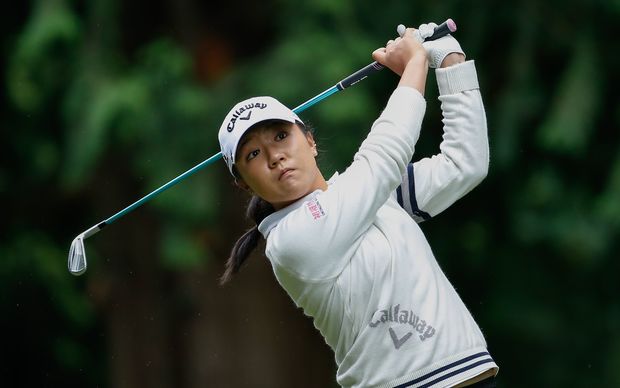 The world number one began the day tied for 22nd after two rounds, but shot a six under par 65 to catapult into second place behind Korea's Inbee Park.

Her hole in one came on the par three eighth and she posted four birdies on the front nine.

She parred every hole on the back nine and finished the day without a single bogey.

Ko is now two shots behind leader Park, who shot one under for the day.

Ko said she started the third round knowing she had a lot of work to do.

"I knew I needed to shoot a very low number to get myself back into contention," she said.

"It was really tough out there with the wind being pretty strong today. For me to shoot six under in these conditions, I am proud of that."

She said she will never forget her hole in one on the eighth.

"To make my first hole-in-one and it to be at the Olympics is a very cool feeling.

"I haven't been the luckiest person with hole-in-ones but for me to do it here this week is amazing."

The leaderboard is tight heading into the final round tonight, with just three shots separating the top four players.

Tonight's final round begins at 10pm this evening.