Beauden Barrett has beaten Aaron Cruden to start at first-five for the All Blacks in Saturday's Rugby Championship and Bledisloe Cup opener against the Wallabies in Sydney. 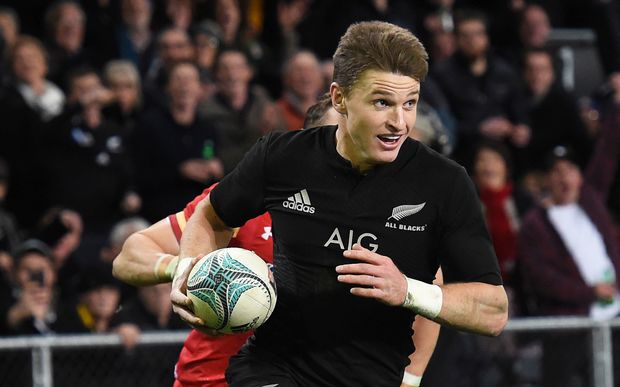 Beauden Barrett's strong performances against Wales and in Super Rugby have elevated him to the number 10 jersey Photo: PHOTOSPORT

Barrett played a leading role in guiding the Hurricanes to their maiden Super Rugby title and that form has been rewarded with the playmaker usurping Cruden, who was the All Blacks first-choice first-five in the June test series against Wales.

Chiefs hooker Nathan Harris will start in the number 2 jersey as Dane Coles continues to recover from the rib injury that he played through in the Super Rugby final.

Sam Cane has retained his place at openside, with the in-form Ardie Savea to be used off the bench.

Chiefs prop Kane Hames, who came in as injury cover for Joe Moody, has earned a spot on the bench in what will be his first cap as an All Black.

The All Blacks have held the Bledisloe Cup since 2003, but will be seeking to recapture the Rugby Championship title which they lost to Australia last year.

The All Blacks team to face the Wallabies is as follows