Rio 2016 Olympics - New Zealand's Olympic flag bearers Blair Tuke and Peter Burling have already secured the gold medal in the men's 49er class without even competing in their final race.

After finishing today's first race in fifth, the pair guaranteed themselves the gold with two races to spare.

They backed up their fifth with a fourth in the second race of the day, stretching their lead again.

There's no time to celebrate just yet though, they'll have to wait until after Friday's medal race to receive their Olympic golds.

Tuke and Burling won silver at the London Games four years ago and are the current four time defending 49er World Champions. 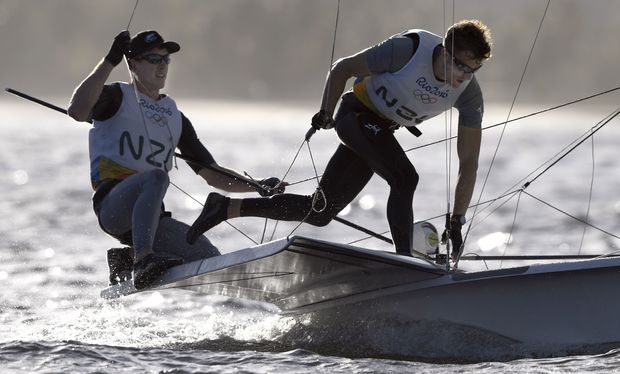 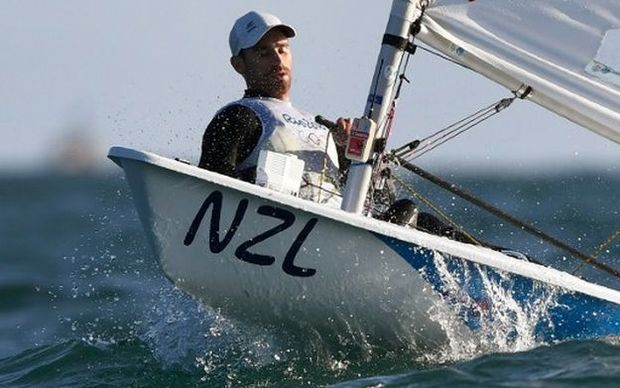 Carrington defended her London 2012 gold medal by just point four of a second over her nearest rival.

There's no rest for the wicked though, Carrington's already been back on the water preparing for tomorrow's K1 500 metre heats which begin around 1am New Zealand time. 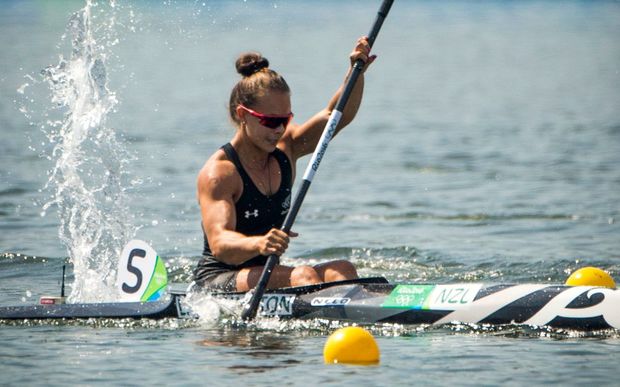 At the velodrome, Lauren Ellis stormed home in the final points race in the women's Omnium to move from seventh to fourth overall.

Ellis finished second in the points race, elevating her into the top four just 10 points behind the bronze medal winner - Belgium's Jolien D'Hoore. 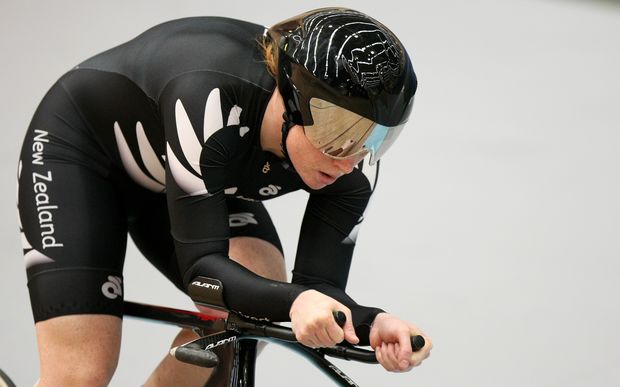 On the athletics track, New Zealand's 1500m specialist, Nick Willis, has qualified for the semifinals.

Willis, competing in his fourth Olympics, ran most of the race at the back of the field but came through in a strong finish down the straight to place sixth and advance to the semis in a time of 3min 38.5s.

The other New Zealanders in the 1500m, Julian Matthews and Hamish Carson, failed to make the semifinals.

Also on the track overnight was 5000 metre runner Nikki Hamblin who produced one of the highlights of the Rio Olympics for all the right reasons.

In the fourth lap, Hamblin tripped and fell along with US runner Abbey D'Agostino.

The pair both picked each other up and helped one and other to the finish line in a true act of sportsmanship. 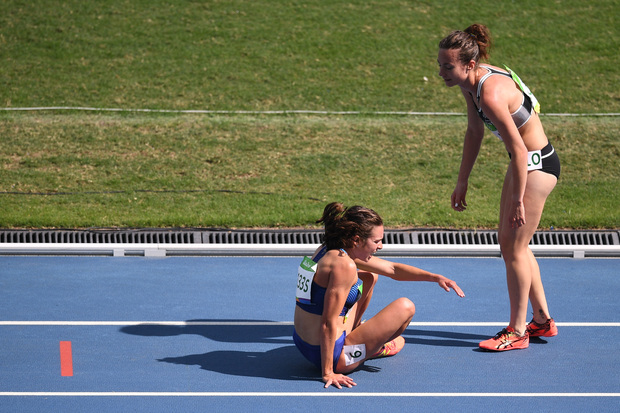 Hamblin finished 86 seconds behind the winner.

The two women embraced after the race before D'Agostino was taken from the field in a wheelchair after injuring her knee in the collision.

Athletics officials now ruled both runners will advance to the final.

In other events, pole vaulter Eliza McCartney qualified for the Olympic final, clearing 4.60m after causing some nervous moments for New Zealand supporters by having two misses at 4.45m.