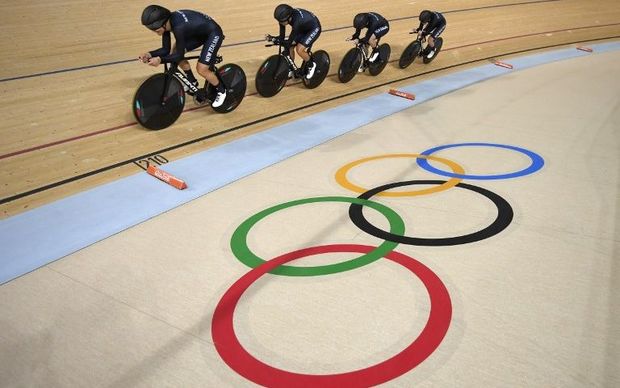 But Canada were too strong and won the podium place convincingly with a time of 4:14.62, 3.8 seconds ahead of New Zealand.

The team had finished fourth fastest in their heats, while also setting a national record time of 4:17:592.

Meanwhile Natasha Hansen and Olivia Podmore were out of the women's keirin medal race.

Podmore failed to finish in the heats while Hansen finished second in the repecharge, ending her hopes.

Sam Webster's medal hopes are also over in the men's individual sprint.

The team sprint silver medallist will ride off for 9th place after failing to make it into the quarter finals.