Rio 2016 Olympics - Singapore's Joseph Schooling won his nation's first ever gold medal with victory in the 100m butterfly as Michael Phelps was one of three men to finish joint second. 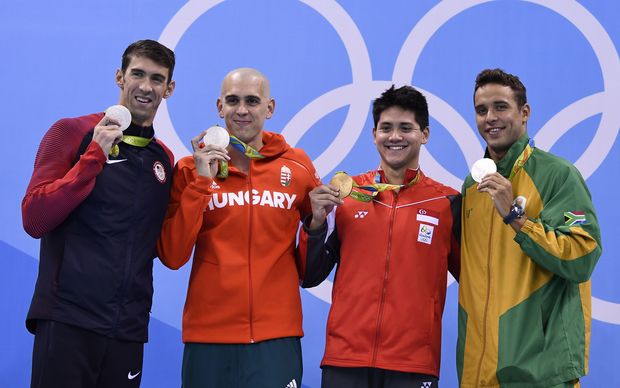 The Singaporean was always in control and won by 0.75 seconds from the trio of Phelps, South Africa's Chad Le Clos and Hungary's Laszlo Cseh.

The American was not part of his country's team that qualified for the final having taken the afternoon off after winning his 22nd gold in the 200m individual medley on Thursday.

Phelps, who was denied a fourth successive gold in the 100m butterfly by Schooling, will end his Olympic career by competing in the final race in the Rio pool.

Schooling said: "I'm just ecstatic. I don't think it has set in yet. It's just crazy.

"I hope that Michael can stay around long enough for me to race him again. I'd love that."