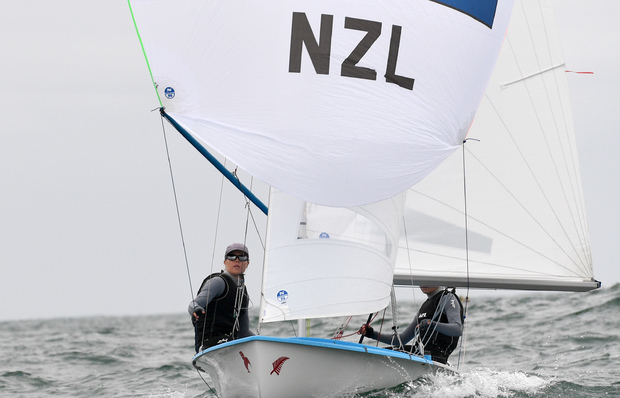 After finishing 10th in the standings yesterday, the defending Olympic champions have jumped to the top of the overall ladder courtesy of a fourth and first finish today in races three and four.

The Nacra 17 crew of Gemma Jones and Jason Saunders have had a good day and are now fourth overall.

After four races Daniel Willcox and Paul Snow-Hansen are 11th overall in the 470 men's race.

Josh Junior is 15th in the Men's Finn after six races in his class.

The New Zealand men's sevens team have finished fifth at the Rio Olympics after beating Argentina 17-14.

South Africa beat Japan 54-14 for the bronze, while Fiji and Great Britain will square off in the race to gold.

Ryan Fox is in a tie for 17 after the first round of the men's golf - seven shots off the leader Marcus Fraser of Australia.

Compatriot Danny Lee is tied for 34.

Fraser set the pace by posting a round of 63.

Tied for second is Canadian Graham Delaet and Henrik Stenson of Sweden - who are three shots off the pace at 5 under.