Rio 2016 Olympics - Sonny Bill Williams is out of the Olympics after being injured in the rugby sevens opening loss to Japan. 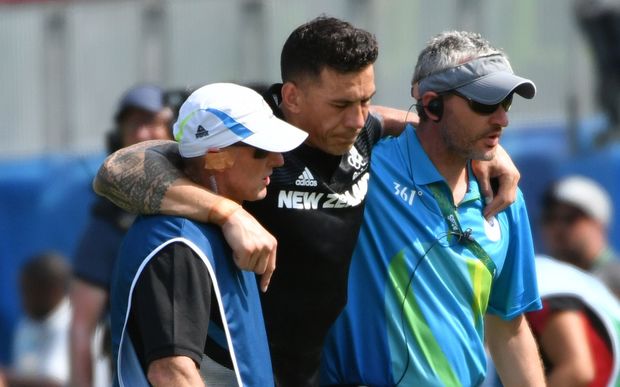 Sonny Bill Williams is helped from the field after injuring his ankle. Photo: AFP

New Zealand suffered one of the biggest upsets in sevens history when they were beaten 14-12 by Japan.

In a double blow for the team Sonny Bill Williams has been ruled out of the tournament with a partial Achilles rupture. He has been replaced by Sione Molia.

Down but never out, always praise to the most high for blessing me with so much! Let's go @nz7s we still in this ✊ pic.twitter.com/NtEpvTWfo1

The New Zealanders struggled to get possession in the first half of the pool match against Japan - with the score 7-7 at half time - and Japan defended well after the break.

New Zealand's next pool game is against Kenya at about 8.30am - and they need to win to keep their Olympic campaign on track. A loss would mean the team would have to rely on other results to make it through to the quarter-finals. 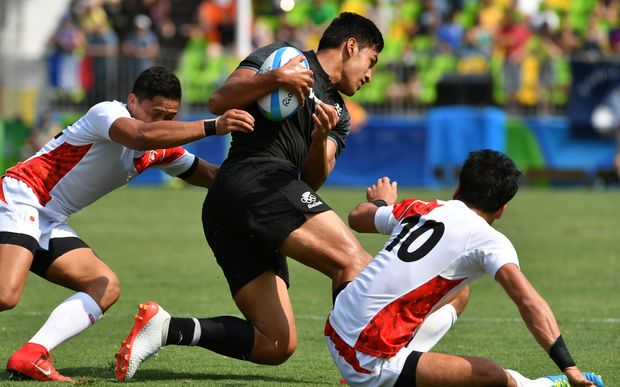 Akira Ioane is tackled in the sevens match against Japan. Photo: AFP 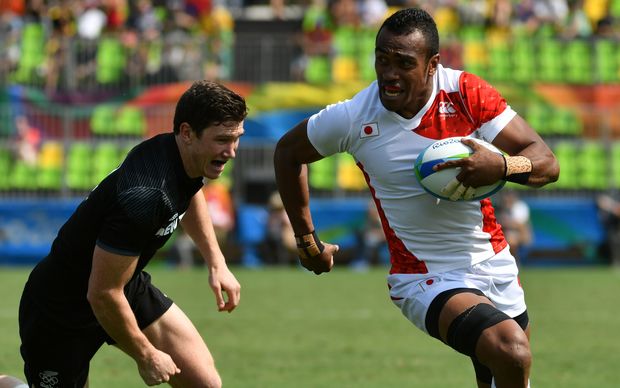