Olympic Disciplines - A number of the glamour events takes place in Athletics, also called track-and-field, and is essentially a variety of competitions in running, walking, jumping and throwing events. 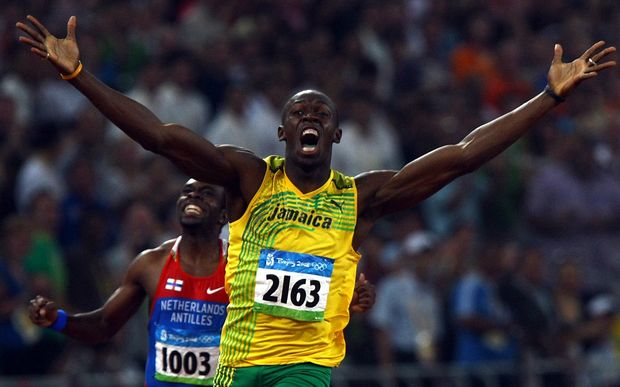 As many as 24 distinct events make up an athletics meet, which is usually held outdoors.

The outdoor running events are held on a 400m oval track, and field events (jumping and throwing) are held either inside the track's perimeter or in adjacent areas. Marathons and races of other long distances are run on roads, and the long-distance race walks are contested on measured road courses.

There are 47 athletics events - 23 for women and 24 for men - with the differences being the heptathlon event for women and the decathlon and 50km walk for men.

New Zealanders expected to do well at Rio include four-time world shot put champion Valerie Adams, hoping to make history and win a third consecutive Olympic gold medal, and Tom Walsh who won bronze in shot put at the 2014 World Indoor Championships and silver at the Glasgow Commonwealth Games.

Nick Willis, the Beijing 2008 Olympic silver medallist and three-time Commonwealth Games medallist, will be aiming to be the fourth New Zealander to win the Olympic 1500m gold medal.

Where: Track-and-field events will be held at the Rio Olympic Stadium, with the marathon events and walking events taking place through the city of Rio.

When: Athletics events start on Friday 12 August with the final event, the men's marathon, on the closing day of the Olympics - Sunday 21 August.

Seven New Zealanders have won a total of 10 Olympic gold medals in athletics.

Valerie Adams is our most recent gold medallist, winning the shot put in Beijing 2008 and London 2012.

The first gold medallist was Jack Lovelock in the 1500m at Berlin in 1936.

Yvette Williams became our first women gold medallist winning the long jump in Helsinki in 1952, and Norm Read was victorious in the 50km walk at the 1956 Melbourne Olympics.

Snell repeated the gold in the 800m 4 years later in Tokyo and added the 1500m as well.

In 2008, Jamaican Usain Bolt became the first man to win gold in the 100m, 200m and 4x100m sprints. He repeated that effort in London 2012, becoming the first man ever to win six Olympic gold medals in sprinting.

Athletics as practised today was born and grew to maturity in England. The first mention of the sport in England was recorded in 1154, when practice fields were first established in London.

The sport was banned by King Edward III in the 1300s, but revived a century later by Henry VIII, reputed to be an accomplished hammer thrower.

An aiding wind of more than 2m per second nullifies a record time in distances up to 200m.

The runner whose torso reaches the finish line first is the winner of a race (the torso excludes head, neck, arms, legs, hands and feet).

The marathon distance (42.2km) is a result of the 1908 Olympic Games in London where the marathon distance was changed to 26 miles to cover the ground from Windsor Castle to White City Stadium, with 385 yards added on so the race could finish in front of the royal family's viewing box.

Athletics has become the most truly international of sports, with nearly every country in the world engaging in some form of competition. Over 200 countries contest the world athletics championships held every two years.

Fosbury flop - A style of high-jumping, named after former high-jumper Dick Fosbury, in which the athlete clears the jump facing upwards, with the back to the bar, and lands with the back on the mat.