Olympic Disciplines - Olympic history will be made at Rio in 2016, when rugby sevens makes its debut appearance at an Olympic Games. 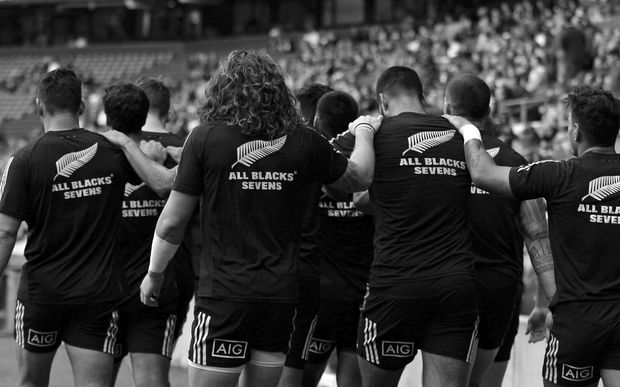 Sevens is the fast-paced, shortened form of the game of rugby played by seven-a-side teams.

The fast, free-flowing nature of the game, passionate spectators and festival atmosphere that are associated with a sevens tournament, along with its growing global broadcast audience and social media following, will make it an exciting addition to the Olympic schedule.

The New Zealand men's and women's rugby sevens teams will be contenders for medals at the Rio Olympics, but they do not hold the favouritism they once had.

Twelve men's teams and 12 women's teams will compete at Rio. Both the men's and women's competitions will be held at the Deodoro Stadium:

Semi-finals and final take place on the last day of the respective competitions.

The Stars of Rugby Sevens

While New Zealand's women's and men's sides dominated their respective global competitions initially, sevens has become extremely competitive as its inclusion in the Olympic Games encourages more countries to invest in the game.

The New Zealand Women's Sevens team claimed the first three World Series titles since its introduction in 2012, however this year they finished second behind pacesetters Australia.

Australia are the top women's seeds, ahead of New Zealand, Canada and the United States.

The gap has fast closed on the New Zealand's men's team

Fiji are seeded number one in the men's competition ahead of South Africa, New Zealand and the United States.

Conversions in a sevens match must be taken within 40 seconds of a try being scored, while in the 15-a-side game it is 60 seconds - and kickers are only allowed to drop kick the conversion to ensure that the game never slows down.

In a sevens match the coach has five substitutions available, but is only allowed to use three of these during the course of the game.

The Hong Kong Sevens is the most well-known on the Sevens Series circuit and was the first rugby tournament to attract a major sponsorship.

The All Blacks Sevens Men's team was first selected in 1973. They attended their first major tournament in 1983, the Hong Kong Sevens.

Fifteen-a-side rugby was played at the Olympic Games, over four games from 1900-1924, but has not been included since. The USA is the current Olympic champion, having won gold in 1924 in Paris.

Rugby sevens has its origins in Melrose, Scotland, with the first international tournament played there in 1883. For the next 100 years it was played only at a local level in Scotland and England.

In 1993, the Rugby Sevens World Cups was introduced and held every four years, the last being Moscow in 2013, where both New Zealand men's and women's teams triumphed.

The New Zealand Women's Sevens team was first selected for the Hong Kong Sevens in 2000. An official team also played at the 2001 event, but no more teams were selected until 2009 for the Rugby World Cup Sevens.