American Jimmy Walker relied on clutch putting to clinch his first major title after a marathon day to conclude the weather-interrupted PGA Championship at soggy Baltusrol. 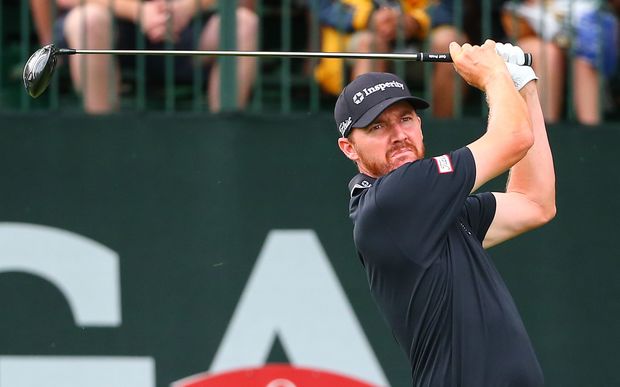 Jimmy Walker in the final round of the 98th PGA Championship played at Baltusrol Golf Club. Photo: Photosport

Walker, among 49 players who did not finish the third round yesterday due to heavy rain and lightning, and among 10 who had not hit a single shot, carded a three-under-par 67 in the final round to post a 14-under total.

He finished one stroke ahead of world number one and defending champion Jason Day, with the bearded Walker tightening his grip on the title with birdies at the 10th and 11th before adding another at the 17th.

He secured victory by sinking a three-footer for par at the last.

Australian Day had to settle for second place at 13 under after applying late pressure on Walker by sinking a 14-foot eagle putt at the par-five last for a 67.