New Zealand have continued to pile on the misery for Zimbabwe after day three of the first cricket Test at Bulawayo.

Ross Taylor and BJ Watling scored centuries as the Black Caps closed in on victory against the hapless Zimbabweans.

Taylor finished unbeaten on 173 and shared a sixth-wicket stand of 253 with Watling, who made 107, to take the touring side to 576 for six declared in their first innings, a lead of 412 runs. 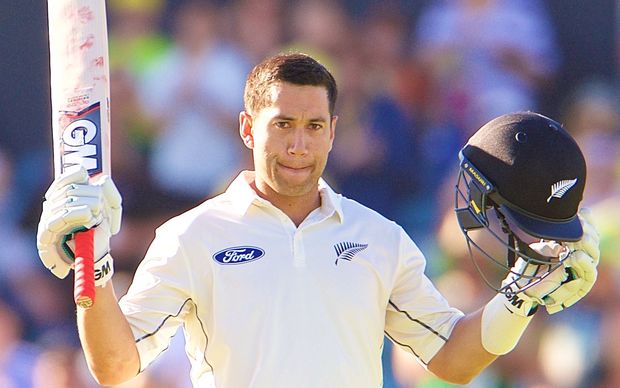 Seamer Trent Boult then took three quick wickets - including his 150th in Tests - as Zimbabwe finished the day on 121 for five in their second innings, and have to score another 300 runs to make the tourists bat again.

Zimbabwe closed the day on 121 for five, still 291 runs shy of making New Zealand bat again on what remains a flat wicket.

Craig Ervine (49 not out) and captain Graeme Cremer (14 not out) will resume in the morning, with the side hoping to have Regis Chakabva and Sean Williams back after the pair missed the third day through illness.

New Zealand had resumed the day on 315 for four and lost only nightwatchman Ish Sodhi (11) in the first two sessions as Taylor and Watling plundered runs.

Taylor brought up his 14th Test century from 191 balls, his first score over 50 in eight test innings since he his 290 against Australia in November last year.

Watling needed only 169 deliveries to reach his ton, a sixth in Tests.