The Highlanders coach Jamie Joseph says his side is a good away team and they're confident of success in Sunday morning's Super Rugby semi-finals against the Lions in Johannesburg. 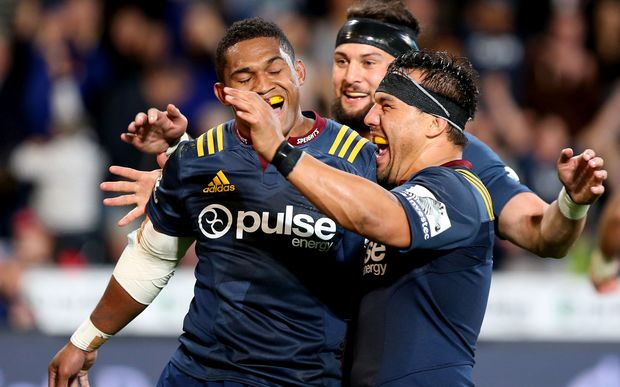 The Highlanders won their last 2 games away from home on their way to the title last year and this weekend's game is their second straight away game in this season's play-offs.

Joseph feels his side plays well away from Dunedin.

"The reason we do that is because all teams tend to come together better when they're by themselves from their families and they have talked about the "Lander Army" playing such a big part in Wellington last year and there are only 25 players here and we'd like to think that that does strenghten our resolve."

The Lions are slight favourites for that match, while the Hurricanes are favoured to beat the Chiefs in the other semi-final.

While the Lions are one of the few South African sides to concentrate on running rugby, Jamie Joseph expects plenty of kicking also and so they're expecting anything and everything.

"They've got a great variation to their game, like all South African teams they'll have a go at set-pieces with their maul, scrum and lineout, but they play quite a wide game and so we'll have to be ready for everything and that's what we've been preparing for on defence."

The teams have met in New Zealand already this season with the Highlanders winning 34-15 in March.

Joseph, has made a few changes to his starting forward pack bringing in loose forward, James Lentjes, for Shane Christie and lock, Alex Ainley, replaces Luke Whitelock who moves to number eight.

The starting backline from the quarter final win against the Brumbies remains intact with the talented back three of Ben Smith, Waisake Naholo and Patrick Osborne likely to see a lot of ball during the match.

The Highlanders will employ a six forward, two back bench for this week, with hooker Greg Pleasants-Tate, prop Ross Geldenhuys and lock Joe Wheeler added to the squad. In the backs the versatile Marty Banks makes his return from injury to take his place on the bench.