The Lions' influential number eight and captain Warren Whiteley has failed to recover from a calf problem and will miss the Super Rugby semi-final against the Highlanders at Ellis Park on Sunday morning. 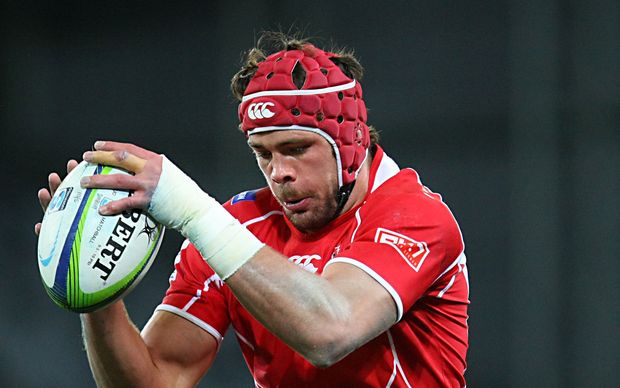 Whiteley picked up the injury in the 42-25 quarter-final victory over the Crusaders last weekend and his loss is a blow for coach Johann Ackermann both in terms of his work with the ball and his leadership qualities.

The captain's armband moves to flank Jaco Kriel with the coach's son, Ruan Ackermann, taking over at the back of the scrum.

That is the only change to the starting line-up announced on Thursday from the side that thumped the Crusaders, though loose-forward Steph de Witt and scrumhalf Dillon Smit come onto the bench.

The Lions are seeking a first ever final appearance in Super Rugby having topped the combined African conference this season.

They have never lost to the defending champion Highlanders at Ellis Park in four previous matches, their last clash at the venue a 28-23 victory in 2015.

The teams have met in New Zealand already this season with the Highlanders winning 34-15 in March.

The starting backline from the quarter final win against the Brumbies remains intact with the talented back three of Ben Smith, Waisake Naholo and Patrick Osborne likely to see a lot of ball during the match.

The Highlanders will employ a six forward, two back bench for this week, with hooker Greg Pleasants-Tate, prop Ross Geldenhuys and lock Joe Wheeler added to the squad. In the backs the versatile Marty Banks makes his return from injury to take his place on the bench.