New Zealand golfer Lydia Ko is putting to bed her near misses at the recent majors on the LPGA Tour as she prepares to tee off at the British Open later tonight. 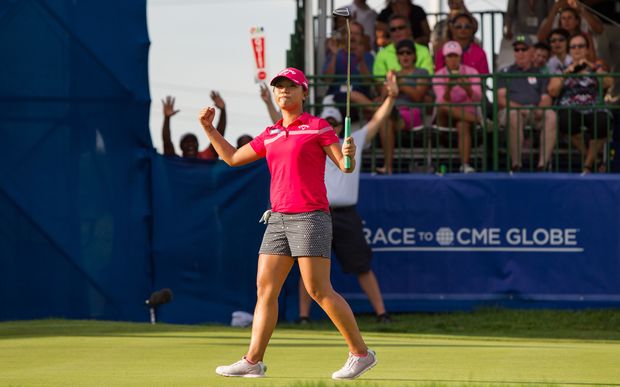 In her last two majors, Ko was in the lead at some point during the final round but couldn't convert it into a victory.

She won the ANA Championship earlier this year, then finished second following a play-off in the PGA Championship and was then third in the US Open.

The world number one already has two major titles to her name and says she has the confidence to win more.

"Just to be able to play in major championships and going down in the last group and being in contention, there is a lot to learn from that."

The Woburn course is a layout similar to what Ko plays on each week on the LPGA Tour in America and believes it'll suit her game when she tees off later tonight.

"It's going to be a tough course, just because we're away from the water and the really high winds I don't think the scores are going to be incredible low."

"I think this course has a lot of tough challenges and we need to be smart out there."

19 year old Ko still has the chance to become the youngest golfer to win 3 majors.

If succesful this week she would be 6 weeks younger than Tom Morris Jnr who did it almost 150 years ago.

This is the fourth women's major of the year and the final tournament before next month's Rio Olympics.

Ko is coming off her 14th LPGA Tour victory two weeks ago at the Marathon Classic where she outlasted Ariya Jutanugarn and Mirim Lee in a four-hole playoff.

It marked a tour-leading four victories this season, and she has seen resounding success in majors in 2016 already.

This is her fifth appearance at the event and is coming off her career-best finish, a tie for third last season at Turnberry.