The New Zealand rally driver Hayden Paddon may have contested the Rally of Finland more times than any other European rally but this year's event is still a journey into the unknown.

Paddon and co-driver John Kennard have competed in the event seven times previously and Paddon says its the rally they look forward to the most because of the high speeds.

However almost half course has changed from last year - a race Paddon saw little of after crashing out in 2016. 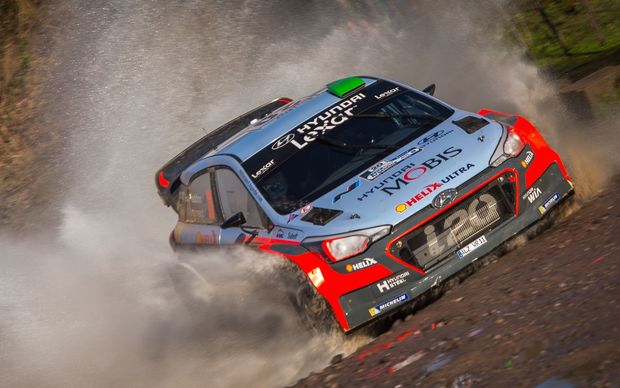 "It means the reconnaisance is more important than usual here. We're writing brand new pace notes (because) when the road is so fast and there are so many crests and jumps, getting the right line and getting the right information in the pace notes is absolutely crucial," said Paddon.

Paddon is currently third on the drivers championship.

"We've done really good preparation. We had a good test over the weekend and confirmed some settings with the car. The car's working very well in the fast sections and obviously Rally Finland is a fast rally.... (and) these roads suit me.