A record contingent of 292 women will be part of a powerful 555-strong United States team at next month's Rio Olympics. 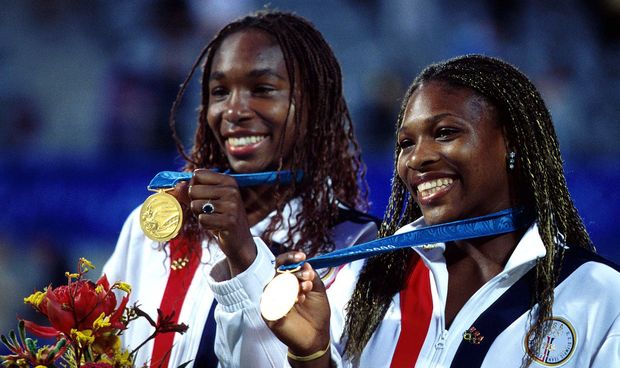 Serena and Venus Williams of USA on the podium with their gold medals for the Womens Doubles Tennis at the Sydney Olympics 2000. Photo: Photosport

The record number of women on the U.S. team tops the previous mark of 289 by China in 2008. It is the second time the American roster has featured more females than males.

"I am especially excited for the historic achievement of our women's delegation which is a true testament to the strength and growing number of women's sport opportunities in the United States," USOC CEO Scott Blackmun said.

Phelps, who owns an Olympic record 18 golds, will swim in at least three events in Brazil.

Runner Allyson Felix, the most decorated U.S. Olympic woman with four golds and six overall, makes a fourth Games appearance, competing in the 400 metres and probably the 4x400 relay.

Among the strongest medal favourites are the women's basketball team and gymnast Simone Biles in the women's all-around.

The women's rowing eight seek to continue a dynasty on the world stage. They have not lost an Olympic or world championship title since 2006.

Dutton, 52, will be the oldest team member, with 16-year-old table tennis player Kanak Jha the youngest.