A hamstring injury to Johnathan Thurston has soured another emphatic home victory for North Queensland after their 36-0 National Rugby League thumping of Canterbury in Townsville. 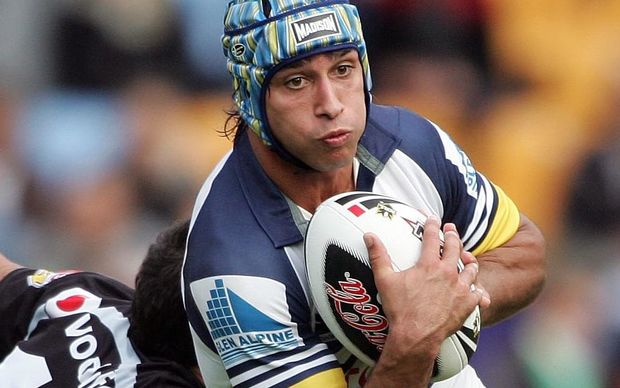 Thurston starred as the Cowboys opened up a 20-0 lead over the Bulldogs after 45 minutes before the superstar playmaker was forced to leave the field. He didn't return.

Clive Churchill medallist Thurston was confident the injury wouldn't leave him sidelined for long. However early indications were he could miss around two weeks.

"It's not too bad - it is just more of a precaution," Thurston told the Nine Network.

"I felt a twinge when I put in a grubber kick and, when I went to run, I couldn't accelerate.

"I should be right (for next week). It is just cotton wool."

North Queensland didn't let up after Thurston's injury, piling on three more tries in his absence to embarrass the Bulldogs in the opening game of round 20.

Antonio Winterstein scored three tries for the home side, while Julian O'Neill scored two, with Jason Taumalolo laying a tremendous platform up front.

The loss throws doubt on the Bulldogs' premiership claims, after they came into the match on the back of four straight wins. The visitors were outclassed across the park in a match they will want to quickly forget.

The Bulldogs are the third side North Queensland have kept scoreless in Townsville this year, alongside the Sydney Roosters and St George Illawarra.

The Cowboys have outscored opposition teams 303 to 108 in their unbeaten nine home matches in 2016.