Unbeaten heavyweight Joseph Parker might not show it, but trainer Kevin Barry says his charge is under more pressure than at any other time in his professional boxing career. 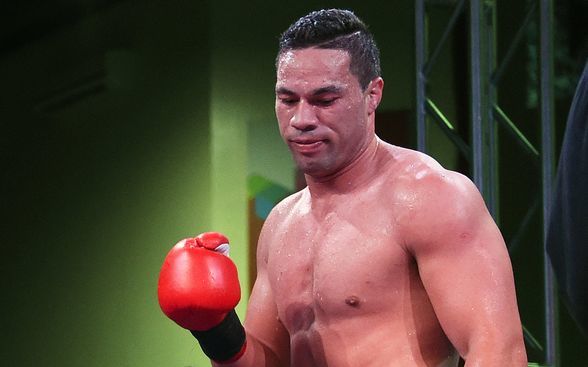 Parker steps in the ring against former NRL star Solomon Haumono in Christchurch tonight, knowing a defeat will derail his shot at a world title.

In May, the 24-year-old Aucklander beat Cameroonian Carlos Takam by unanimous decision, a result that took his record to 19-0 (with 16KOs) and made him the mandatory challenger to Englishman Anthony Joshua's IBF belt.

"Joe is under more pressure in this fight than he has been in any of his previous professional fights," Barry said.

"Now being the mandatory, that adds to the pressure that Joe has to get things right. We can't afford to slip up now or we lose everything that we've worked for in the last three-and-a-half years."

As to how Parker manages the pressure in such a relaxed manner, Barry said he was mature beyond his age and had an ability to control his emotions.

"Joe's a guy who stands up and is brightest when the lights are on the most," he said.

"He's a big-time fighter and that gives me a lot of confidence moving forward."

Parker weighed in at 106.4kg, the same as for his bout with Takam.

He will go in against the 40-year-old Haumono as the huge favourite, with a height and reach advantage.

But Barry was wary of Haumono, whose 24-2-2 record includes 21 wins inside the distance, and he noted the Australian's weight of 109kg.

"Seeing him on the scales at 5kg lighter than his last fight shows me that he has prepared the best he possibly can," Barry said.

"He's a powerful guy and he's got a very dangerous right hand, and I don't want him landing that right hand on Joe's chin."