New Zealand will host seven matches at next year's Rugby League world cup including a quarterfinal and a semifinal.

New Zealand are co-hosting the tournament with Australia.

The final will be played in Brisbane, with three pool matches also being played in Papua New Guinea. 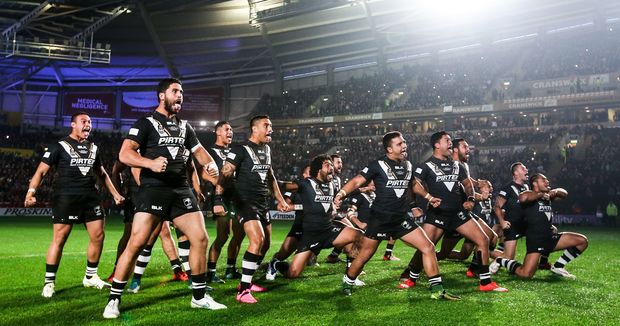 The Kiwis first World Cup game will be against Scotland. Photo: Photosport

Fourteen nations will contest the tournament with New Zealand drawn in pool B where they will play Samoa, Scotland and Tonga.

The Kiwis will first match will be in Auckland on October 28th against Samoa.

Christchurch and Wellington will host quarterfinals with Auckland hosting the semifinal.

The final will be on December 2nd.

RLWC2017 Chief Executive Officer, Michael Brown, said the Organising Committee made a deliberate decision to take the Rugby League World Cup to more fans than any World Cup has done before.

"The Tournament Draw demonstrates how far and wide we are taking matches, from established Rugby League communities, to those new and emerging fan bases in all three countries.

"The decision to take matches to places like Darwin, Perth, Christchurch and Port Moresby were made with the future of the game in mind," he said.

"They are matches we believe will give profile to the sport in markets that have already shown an appetite for Rugby League."