A British Open caddie has been taken to hospital after being hit on the head by a stray shot from former golf World No.1 Vijay Singh during a practice round. 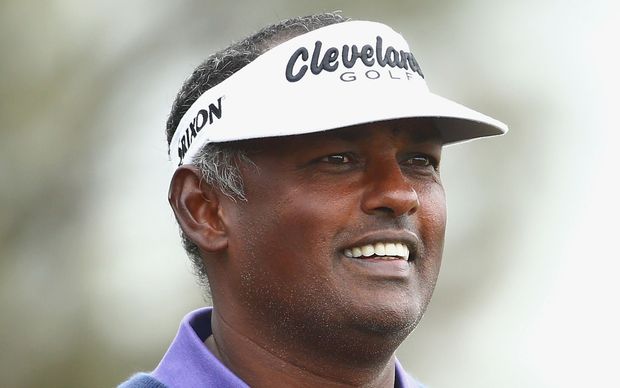 William Ciplinski, bagman for American veteran Marco Dawson, was standing on the eighth green when he was struck by an errant tee shot from Fijian Singh on the seventh hole.

Open officials said the injuries the caddie sustained were not serious and that he was talking and fully conscious before being transferred to hospital for observation.

Dawson qualified for the British Open by winning the senior equivalent at Sunningdale 12 months ago.

The 52-year-old teed off in the opening round in the company of England's Matthew Southgate and Yosuke Tsukada of Japan.