After a month out the Warriors winger Manu Vatuvei will return to the side's starting lineup for this weekend's National Rugby League match against Manly in Perth.

Vatuvei suffered a hamstring injury in the side's win over Newcastle last month and hasn't played since.

The 30-year-old Vatuvei needs just one more try to become only the 11th player in the competition's history to score 150 tries.

Ken Maumalo will play on the other wing meaning utility Tuimoala Lolohea switches to the bench while there are two changes to the forward pack from the 27-18 win over Gold Coast. 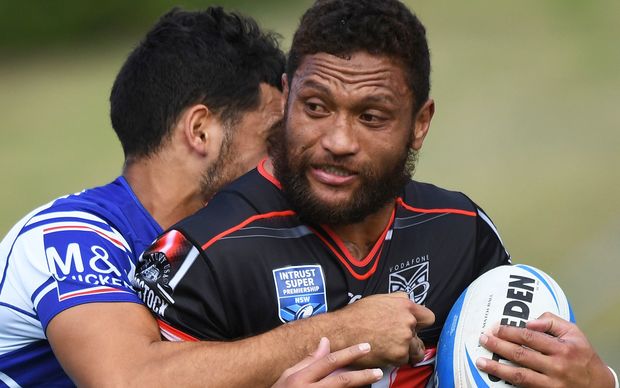 Captain Ryan Hoffman is back after a virus ruled him out of the last game while Albert Vete has been ruled out with a hamstring injury.

His absence sees Ben Matulino and Jacob Lillyman named as the starting props, Lillyman set to back up after lining up for Queensland in the final State of Origin clash against New South Wales in Sydney on Wednesday night.

Charlie Gubb, who started at loose forward against the Titans, switches back to a five-man bench alongside Lolohea, Sam Lisone, Bunty Afoa and James Gavet.

The Warriors, head to Perth with an 8-8 win-loss record this season.

With eight rounds to go in the regular season they're seventh on the table on 20 points while the Sea Eagles are 13th on 14 points.