Lee Mi-rim birdied five of her last seven holes to surge into a three-shot lead in the first round of the U.S. Women's Open, while the marquee group of Lydia Ko, Brooke Henderson and Lexi Thompson all struggled in tougher afternoon conditions. 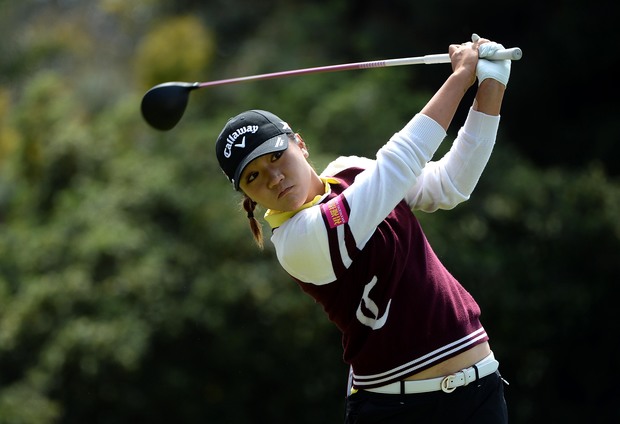 Lydia Ko tees off at the 2nd hole during the final round at Carlsbad. Photo: AFP

Lee took advantage of cool early weather and softer greens at CordeValle Golf Club in San Martin, California to post an eight-under 64 and match the second-lowest score at the tournament, the third of the year's five majors championships.

Only Swede Helen Alfredsson has gone lower at the U.S. Open, shooting a 63 in the first round in 1994, while Kelli Kuehne, Becky Iverson, Lorie Kane and Chella Choi have all carded 64s.

"Everything was good, like driver is good and then (my) irons were good," South Korean Lee told reporters after covering her back nine in a sizzling five-under 31.

"Putting, a couple of missed putts, but not bad. It's good ... just good play.

"The course is perfect now."

Things were not quite so simple for world number one Ko, second-ranked Henderson and No.4 Thompson, who played together in the afternoon when the wind picked up and the greens got firmer.

Kerr relished playing the opening round with the pacesetting Lee.

"Yeah, it definitely helps," said the 38-year-old, who has won 18 LPGA titles, including two majors. "And it was fun. If you looked at Mi-rim's card and my card, we might have shot a 59 best ball, or close to it.

"You would expect the USGA (United States Golf Association) is not too happy with that score, so it will be interesting what they come up with for the rest of the week."