Roger Federer has staged a miraculous fightback to reach a record-equalling 11th Wimbledon semi-final on another history-making day for the incomparable Swiss. 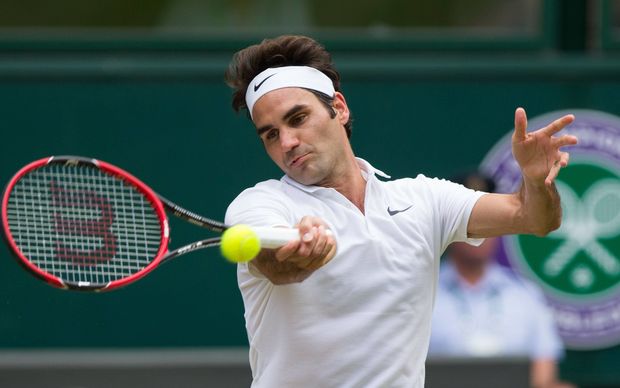 "The dream continues. I couldn't be happier because I fought well and played super great in the end," Federer said.

Apart from edging the 34-year-old ever closer to an unprecedented eighth men's singles crown on London's famous grass courts, Federer's triumph also elevated him above Martina Navratilova as the most prolific winner of grand slam matches tennis has ever seen.

"A lot happened out there," said the jubilant third seed after matching Jimmy Connors' 11 semis at Wimbledon.

"Marin's such a wonderful player. I knew I was in so much trouble in the third and again the fourth.

"It was about staying in the match and getting a little bit lucky, and that's what happened.

"Obviously the breaker was crazy. It was an incredible match."

Next up is Raonic in a rematch of their 2014 semi-final, which the Swiss won in straight sets.

Raonic also reached the last four of the Australian Open in January, losing a five-set thriller to Andy Murray.