The New Zealand tennis player Michael Venus and his Croatian doubles partner Mate Pavic have lost their marathon third round match at Wimbledon.

Resuming at 13 games all in the fifth and final against the Australian Open champions Britain's Jamie Murray and the Brazilian Bruno Soares - after bad light stopped play last night - they were beaten 16-14 after bouncing back yesterday from two sets to love down.

"It's definitely a tough one (to take). We had a great opportunity after getting two sets down and fighting our way back into the match...unfortunately it just didn't quite go the way we would have hoped." 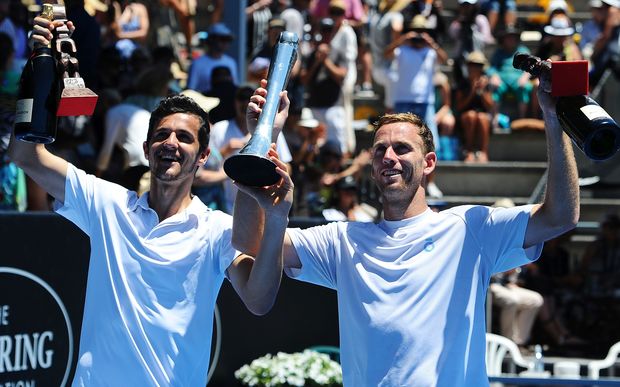 Venus admits he struggled to get to sleep as they contemplated the second day of the match with the scores locked at 13-all in the deciding set.

Venus and Pavic have won four titles this year.

"Being in the third round here and being in a position to reach the quarter finals, tough right now but I'm sure we will look back in a couple of weeks and say it was a good (effort)."