The Argentine tennis player Juan Martin del Potro has taken a massive step in his return from injury by knocking world No.4 Stan Wawrinka out of Wimbledon. 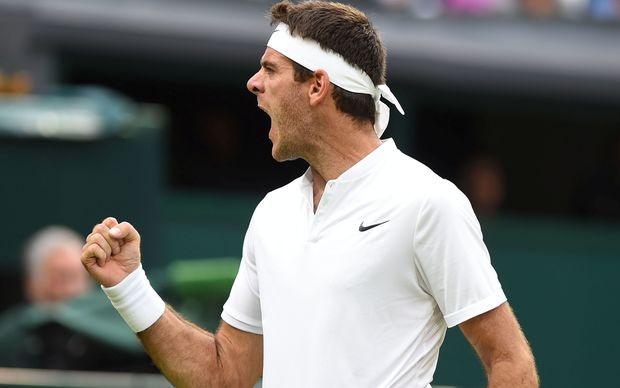 A day after 18 seeds fell by the wayside at Wimbledon, Wawrinka was under no illusions about why he joined the list -- he had fallen victim to a serious bout of "hesitation".

The world number four became the highest men's seed to exit the grasscourt major after he failed to execute his gameplan against 165th-ranked del Potro, who is on the comeback trail after undergoing three wrist operations.

"When I wanted to play aggressive, I was still hesitating a little bit," twice grand slam champion Wawrinka said after being beaten 3-6 6-3 7-6(2) 6-3 by the Argentine.

"I was a little bit slow to go to the net. When I wanted to put the ball in, I wasn't clear with what I was doing.

"I started to think a little bit too much what to do. That's make the whole difference 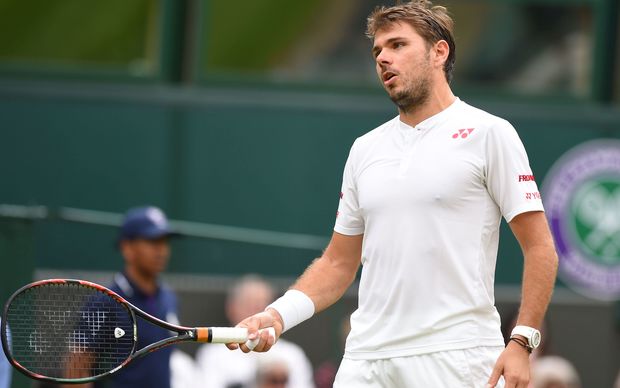 Stan Wawrinka on the way to defeat at Wimbledon, 2016. Photo: Photosport

The battle between the two grand slam champions, one of 16 second-round matches to spill into Day Five of the rain-ravaged tournament, provided plenty of drama and intrigue but in the end it was Del Potro's heart-warming comeback that had everyone cheering.

"It's great for tennis to see him back. He's a great guy, he's amazing player on the court. He's a big champion," said Wawrinka, who suffered his fourth defeat in six meetings against the 2009 U.S. Open champion.

"He was so unlucky with all the injury he had for many years."

That unlucky break meant Del Potro had not played at Wimbledon since falling to Novak Djokovic in a thrilling five- setter in the 2013 semi-finals.

Having not experienced any grand slam action since the 2014 Australian Open, Del Potro will now have to see how his wrist holds up as the wretched weather in London has condemned him to playing best-of-five-set matches on successive days.

Meanwhile, Novak Djokovic's hopes of a calendar year grand slam were hanging by a thread as he slipped two sets down to big-serving American Sam Querrey before rain stopped their Wimbledon third- round clash. 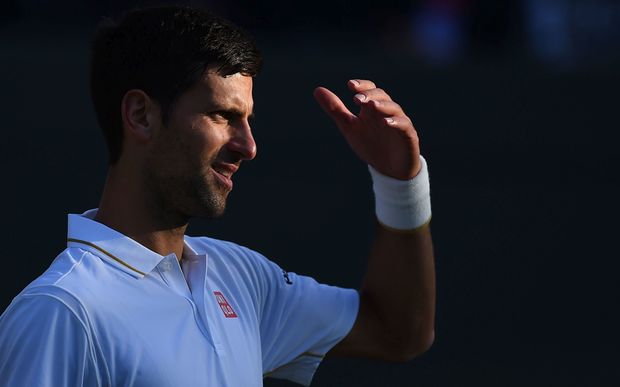 On an infuriating day of rain delays, world number one Djokovic had to wait until nearly 7pm local time to walk out on Court One and little more than an hour later he walked off trailing 7-6(6) 6-1 to the 28th seed.

Having lost the opening set on a tiebreak the 29-year-old Serb, who is on a 30-match winning streak in grand slams, looked all at sea in the second as Querrey took it in 22 minutes.

At that point a heavy rain shower sent the players scuttling off court and play was called off shortly afterwards.

Defending champion Djokovic will return on Sunday hoping to repeat his comeback from two sets down against Kevin Anderson in last year's fourth round, a match that also spanned two days.

Elsewhere, the seven-times champion, Roger Federer, who is a month shy of his 35th birthday, and is known to have a dodgy back,became the first man to reach the fourth round. 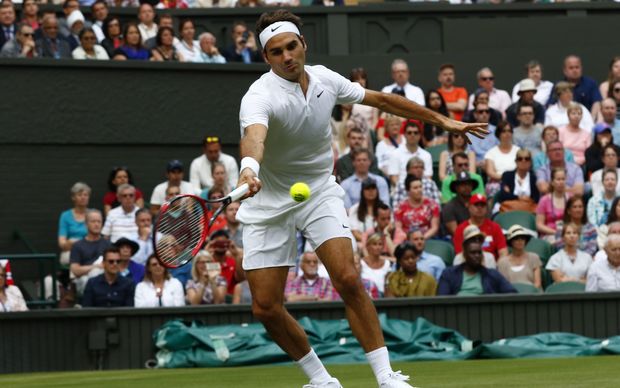 With the rest of his rivals stranded in the second or third round following a week of weather mayhem, elegant executioner Federer ensured that he had the weekend off after dropping Dan Evans through the Wimbledon trap door on Friday.

"I might take a day off tomorrow just because I can," Federer said with a grin following his bloodless 6-4 6-2 6-2 victory.

Forty eight hours after slaying world number 772 Marcus Willis, Federer claimed a second successive British scalp as he advanced to the second week of the grasscourt major for the 14th time.

Evans, the once bad boy of British tennis, was on a roll this week as he had never before won a match at the All England Club, let alone two in a row.

But if Evans, the son on an electrician, harboured hopes of going deeper into the tournament, it was not long before the 17-times major champion pulled the plug on his dreams on a floodlit Centre Court.

The Swiss third seed chalked up his 150th grasscourt win with an unreturnable serve.

"I'm clearly very happy because, well, the goal was to get to the second week somehow. Now I've won nine straight sets, which is great," said the Swiss, whose run of appearing in 65 consecutive grand slams ended when he had to sit out the French Open with a back injury.

"I definitely got a bit lucky to play British guys, which put us on Centre Court," added the Swiss after playing his second successive match under a closed roof.

"So I'm the only guy in the fourth round, which is maybe a little bit of an advantage."

Since being beaten by Tim Henman in the quarter-finals 15 years ago, Federer has now dropped only one set in six matches against Britons at the citadel of grasscourt tennis.

While the rest of the players were left cursing their rotten luck, Federer was thankful he had managed to dodge the weather gods.

"Tomorrow it's relax, and Monday hopefully I'll have great energy when I come back," added the Swiss, who awaits the winner of the encounter between Grigor Dimitrov and Steve Johnson.