Embattled playmaker Benji Marshall has revealed he is negotiating terms with rival National Rugby League clubs as he enters the last few months of his contract. 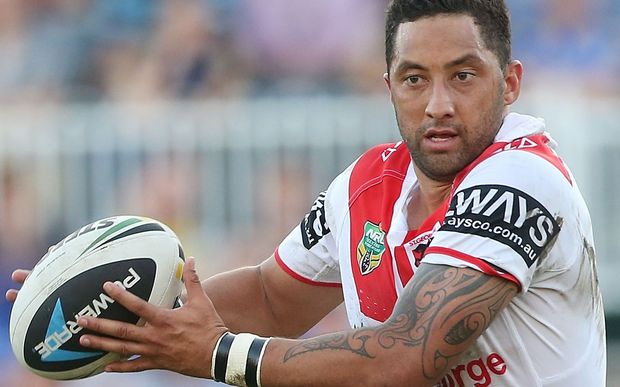 The 31 year-old Kiwi World Cup winner told Fox Sports he wanted to remain in the NRL, and was not considering finishing his career in the English Super League.

"I really want to stay in the NRL, so I can't see myself going overseas, I've pretty much ruled that out", Marshall said.

"I'm looking to stay. If it's not the Dragons, hopefully it's somewhere else."

The Dragons' recent attempt to sign premiership-winning half Luke Keary from the South Sydney Rabbitohs was seen as an attempt to replace Marshall.

The Dragons were only prevented from landing Keary after a last-minute bid from the Rabbitohs' cross-town rivals, the Sydney Roosters.

Despite considering his options, Marshall is still widely expected to sign a one-year extension with St George Illawarra, with both parties having recently returned to the negotiating table.

Marshall's star may be on the wane, but he showed flickers of his sublime talent in a standout performance on Sunday in the Dragons' 30-18 win over Newcastle, scoring one try and having a hand in three others.