The Waikato Bay of Plenty Magic have been well beaten 71-47 by the Queensland Firebirds in Hamilton in their penultimate game in the trans-Tasman netball league. 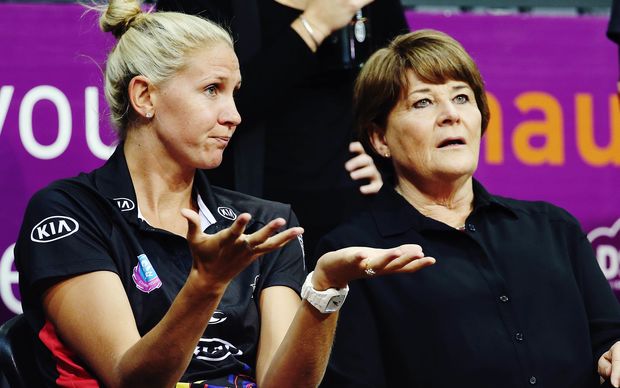 Fresh from a bye, the Firebirds were re-energized and unwavering in their assault against the Magic, motivated to snatch the two points that has now put them level-pegging on points with the NSW Swifts at the top of the Australian Conference. With one round to play, the Swifts still have the upper-hand on goal differential.

Despite the loss, the Magic had already secured a home New Zealand Conference Elimination Final and now cannot be overtaken in second place (behind the Southern Steel).

That ensures the Magic will end the ANZ Championship as the only side to have played in all nine Finals Series.

There was a Magic celebration after the match too - coach Julie Fitzgerald becoming only the fifth coach to reach 100 ANZ Championship matches in the history of the competition.

The Magic were at a disadvantage before the first whistle, with experienced midcourter Grace Rasmussen nursing a calf injury and missing the opportunity to play her 100th ANZ Championship match. But Courtney Tairi and Sam Sinclair were fired up and ready to do her job.

The fine-tuned understanding between the Firebirds' front row, of Romelda Aiken, Gretel Tippet and Caitlyn Nevins, was an asset from the outset. Five Firebird goals in a row gave them a significant 17-10 lead at the first break.

The Magic fought back early in the second spell, Jo Harten's spot-on shooting keeping them in the hunt. But the change in momentum was short-lived, as Clare McMeniman and Laura Geitz - one of the most feared defensive line-ups in this year's competition - made life increasingly difficult for the Magic's attack, and the home team found themselves 35-21 down at halftime.

The avenues through to Aiken and Tippet became more decisive in the second half, and the defensive pressure the Firebirds poured on the New Zealand side was unrelenting.

While the Firebirds juggernaut rolled on - up 53-35 at three-quarter time - there were more ups and downs for the Magic. Wing defence Jamie-Lee Price put up a valiant battle against Nevins, doing her best to disrupt the Queensland attack and winning some classic intercepts as reward. But Sinclair had to reluctantly leave the court with a suspected rolled ankle.