New Zealand's planning for their 2019 Rugby World Cup defence received another boost when All Blacks prop Joe Moody signed a contract extension until after the tournament in Japan. 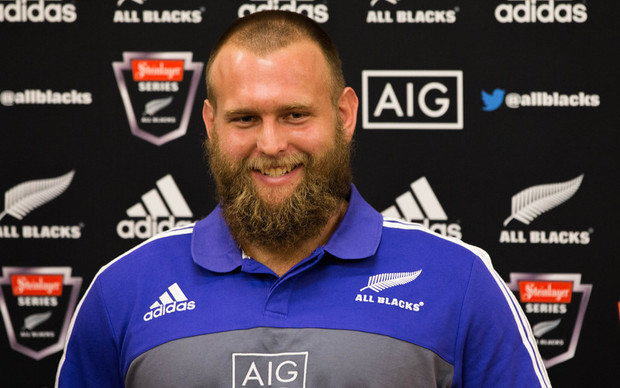 The 27-year-old loosehead's original contract was due to expire at the end of this year but he has decided to re-sign with New Zealand Rugby and the Canterbury Crusaders for another three years.

"I am loving my rugby at the moment," Moody said in a statement. "The All Blacks and Crusaders both have fantastic forward packs and I have learnt a lot and progressed my rugby significantly in both environments.

"I want to continue to improve my game and, from a Super Rugby point of view, the Crusaders is the best team for me to do this so re-signing for a team I love was an easy decision."

Moody, who made his test debut in 2014, was called into the All Blacks World Cup squad as a replacement for the injured Tony Woodcock last year and started the final. He has since cemented himself as the first choice loosehead prop.

All Blacks coach Steve Hansen has not yet committed until the World Cup but NZR chief executive Steve Tew and senior All Blacks have all said they want him to stay on beyond the end of his contract, which expires at the end of 2017.

The All Blacks began their 2016 international season with a 3-0 sweep over Six Nations runners-up Wales, concluding the series with a 46-6 final test victory in Dunedin on Saturday.

Super Rugby, which had a break for the June internationals, resumes on Friday with the table-topping Crusaders (45 points) facing the second-placed Waikato Chiefs (42) in Suva.